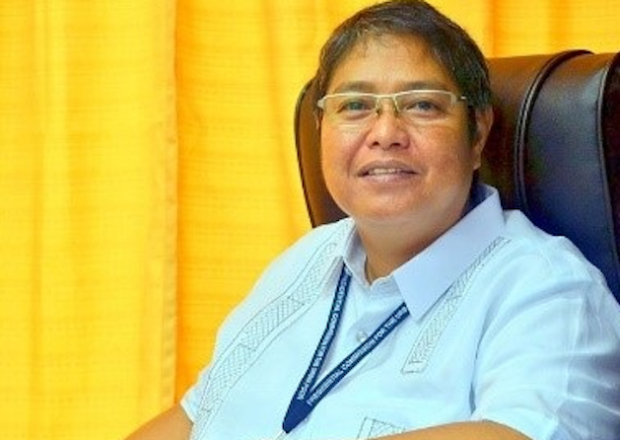 Human Settlements Assistant Secretary Melissa Avanceña Aradana. (Photo from the website of the Philippine Commission on the Urban Poor)

In its complaint filed on Monday before the Office of the Ombudsman, Spark accused Aradanas of committing perjury when she said that she was of good moral character.

According to Spark, Aradanas, a cousin of Duterte’s partner Honeylet Avanceña, should have not been allowed to try for CES eligibility as the written examination asks whether an applicant has either been dismissed, forced to resign, or disciplined due to an administrative issue.

Aradanas, the group pointed out, was fired by President Rodrigo Duterte in 2017.

“It is our position that the respondent committed perjury by making untruthful statements in her notarized CES WE [CES Written Examination] form on two material matters relating to her application,” Spark said in its 11-page complaint.

“In fact, her dismissal was a very public dismissal by the President, as it included not only herself but all presidential appointees in the commission, supposedly for excessive travels and failure to meet as a commission,” it added.

On Dec. 13, 2017, Aradanas was among the Presidential Commission on Urban Poor (PCUP) commissioners fired by Duterte.

Duterte revealed this during a Christmas party with members of the Malacañang media, saying that he told his wife to call Aradanas to tell her about the dismissal.

Aside from that, Spark said that CES eligibility required at least three years of experience in a managerial position, which Aradanas did not have, as she held her HUDCC and DHSUD posts for only two years and four months.

Spark urged the Office of the Ombudsman to issue a preventive suspension order on Aradanas, aside from dismissing her from the service and perpetually disqualifying her from public office.