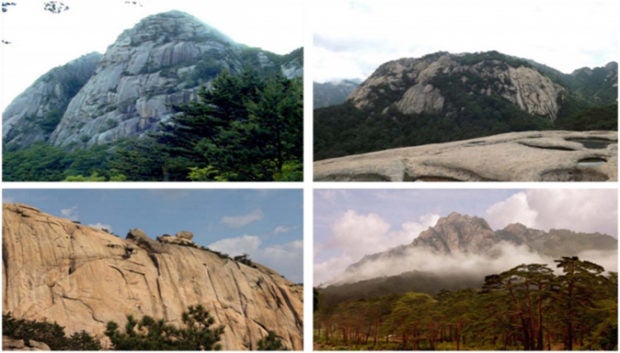 SEOUL — North Korea has started to promote its now-shuttered tourism project to Kumgangsan, appearing to invite foreign tourists back to the reclusive regime soon after shutting its borders amid the COVID-19 pandemic.

Pyongyang temporarily barred foreign tourists to the mountain resort on its east coast when it closed its borders in late January, as the virus spread in neighboring China and South Korea. The shutdown has crippled the North’s economy even more as trade and tourism were a key source of hard currency for the cash-strapped nation under US-led sanctions.

The North’s state-run Kumgangsan International Travel Company recently posted several articles on its website about the mountain’s geography, climate and scenic areas with pictures and detailed descriptions of rocks and its unique features.

Another post introduces special products of Kumgangsan, including honey with omija, magnolia berry — with a description saying that it is good for beating fatigue and bronchitis — honey with ginseng, laver and dried bolete mushroom.

“Mt. Kumgang International Tourist Zone offers comprehensive and various tourist services available in mountain, lake and sea,” reads an English article on the website. “Many tourists are coming to Wonsan-Mt. Kumgang International Tourist Zone continuously to enjoy the beauty and benefit of nature, and more and more tourists will visit here to have a pleasant rest in the future.”

The website provides Korean, English, Chinese and Russian language contents in its attempt to lure tourists from around the world.

The agency also posted what it claimed were letters from past foreign tourists who visited the region, expressing hopes to revisit the mountain again. In one letter, a Singaporean tourist hoped to visit Kumgangsan when the coronavirus comes to an end.

KITC, headquartered in Pyongyang, is a state-run agency launched in 2011 that organizes tours and special programs in the region. It opened after South Korea suspended tours to the region in 2008 after a North Korean soldier shot a South Korean tourist dead.

Since early this year, Seoul has been pushing to allow its citizens to travel to North Korea, including to Kumgangsan, in an effort to move the stalled inter-Korean relations. But the North hasn’t responded.

But with escalated tensions between the two Koreas, following Pyongyang’s demolition of an inter-Korean liaison office, the prospects for Seoul to push individual tourism to the North remain bleak.