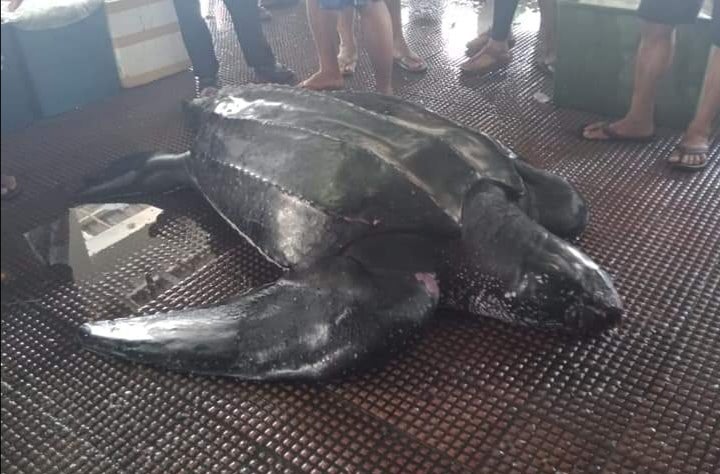 A giant leatherback sea turtle is found dead in the island- barangay of Cataban in Talibon town, Bohol on Sunday, July 12, 2020. —PHOTO COURTESY OF DENR

TAGBILARAN CITY –– A giant leatherback sea turtle locally known as “pawikan” was found dead by a local fisherman in the waters off the island village of Cataban in Talibon town on Sunday.

Palaca said Edgardo Abellar, a fisherman, informed the local government about the dead turtle after the latter found it around 11 a.m.

Palaca said the sea turtle could have died after running out of oxygen.

They are among the endangered species since their population has continued to decline over the years.

Department of Environment and Natural Resources (DENR) provincial director Charlie Fabre said the dead sea turtle would be brought to Tagbilaran City by personnel of the National Museum of the Philippines-Bohol and Bohol Environment Management Office on Wednesday. It will be used for scientific and exhibition purposes by NMPB.