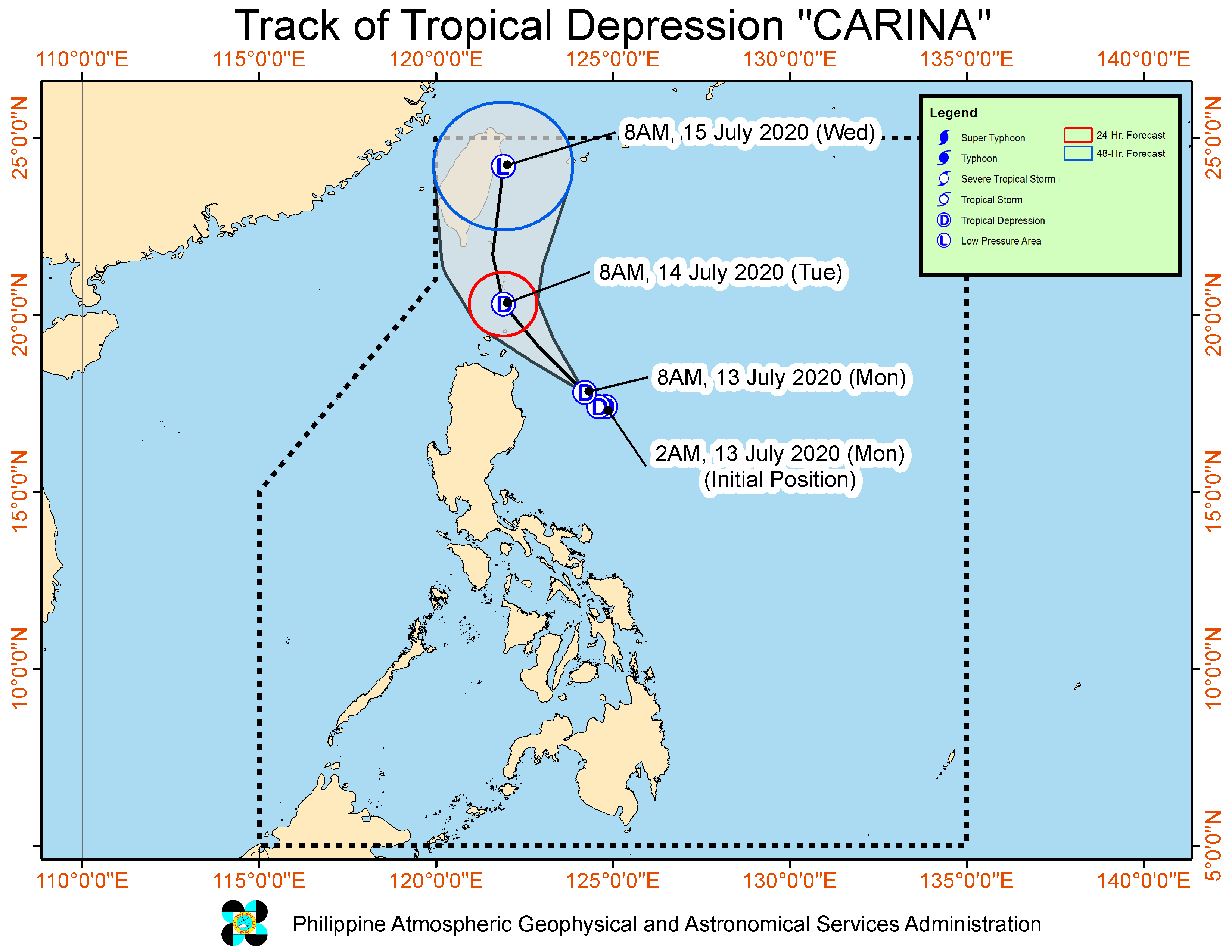 Carina was last spotted 245 kilometers east of Tuguegarao City, Cagayan and is seen to pass roughly 100 kilometers off the northeastern tip of Luzon and near Babuyan Islands and Batanes and.

“Accounting for the forecast track probability cone, a landfall scenario over these areas remains a possibility,” the weather bureau said in its bulletin.

Pagasa said the tropical depression has maximum sustained winds of 45 km per hour near the center and gusts of up to 55 kph.

Batanes,Babuyan Islands,and the northeastern portion of mainland Cagayan have been placed under Tropical Cyclone Warning Signal No. 1. These areas may experience winds of 30 to 60 kph in at least 36 hours or intermittent rains within 36 hours.

READ: Tropical Depression Carina: Signal No. 1 up over 3 areas

Pagasa said moderate to heavy rains is expected over Cagayan including Babuyan Islands and Isabela while light to moderate with at times heavy rains will prevail over Ilocos Region, Cordillera Administrative Region, the rest of Cagayan Valley, Aurora, and the northern portion of Quezon including Polillo Islands.

Metro Manila, the rest of Central Luzon, the rest of CALABARZON, Mindoro Provinces, Marinduque, and Camarines Norte, meanwhile, will have scattered rain showers and thunderstorms.

Carina is seen to weaken to a low pressure area on Wednesday, Pagasa said.