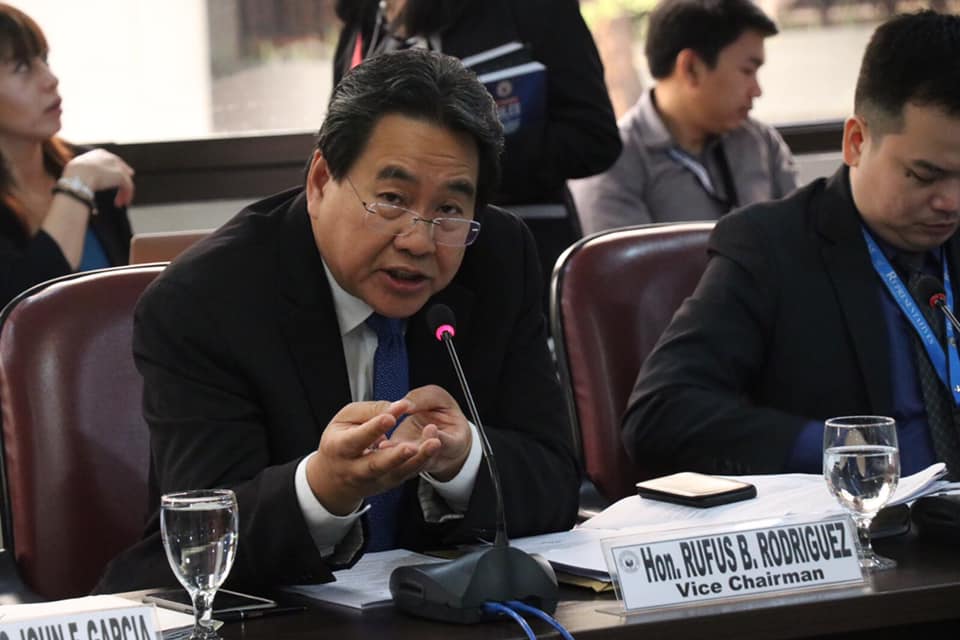 CAGAYAN DE ORO CITY——-Cagayan de Oro Rep. Rufus Rodriguez expressed indignation over the decision of the House committee on legislative franchises to deny ABS-CBN’s bid for a franchise saying it was based on dubious grounds.

“The findings of the TWG (technical working group) are contrary to the evidence presented during the 12 hearings,” Rodriguez said.

On Thursday, July 10, 70 members of the committee voted to uphold the report, which recommended to deny ABS-CBN’s franchise bid.

“The TWG set aside what was proven in the hearings that the ABS-CBN complied with all provisions of our Constitution, statutes and regulations,” Rodriguez said.

Rodriguez, who is not a member of the committee, has been advocating for the grant of franchise to ABS-CBN, citing its numerous humanitarian efforts aside from its news and public affairs programs.

He said the denial of ABS-CBN’s franchise bid is “a big blow against press freedom in our country and deprived millions of Filipinos of news, entertainment and assistance.”

Cagayan de Oro Mayor Oscar Moreno, who used to be a House member, said the bill can still be refiled even if it was rejected by the present Congress.

Meanwhile, in a separate statement, Amnesty International Philippines said: “What happened to ABS-CBN today is yet another nail in the coffin of press freedom in the Philippines. It sets a worrying precedent that (President) Duterte’s administration can and will clamp down on any person, organization or media outlet critical of his administration,”

Rights group Samahan ng Ex-Detainees Laban sa Detensyon at Aresto (Selda) said the denial of ABS-CBN franchise renewal “will go down as one of the biggest attacks on press freedom under the Duterte regime.”