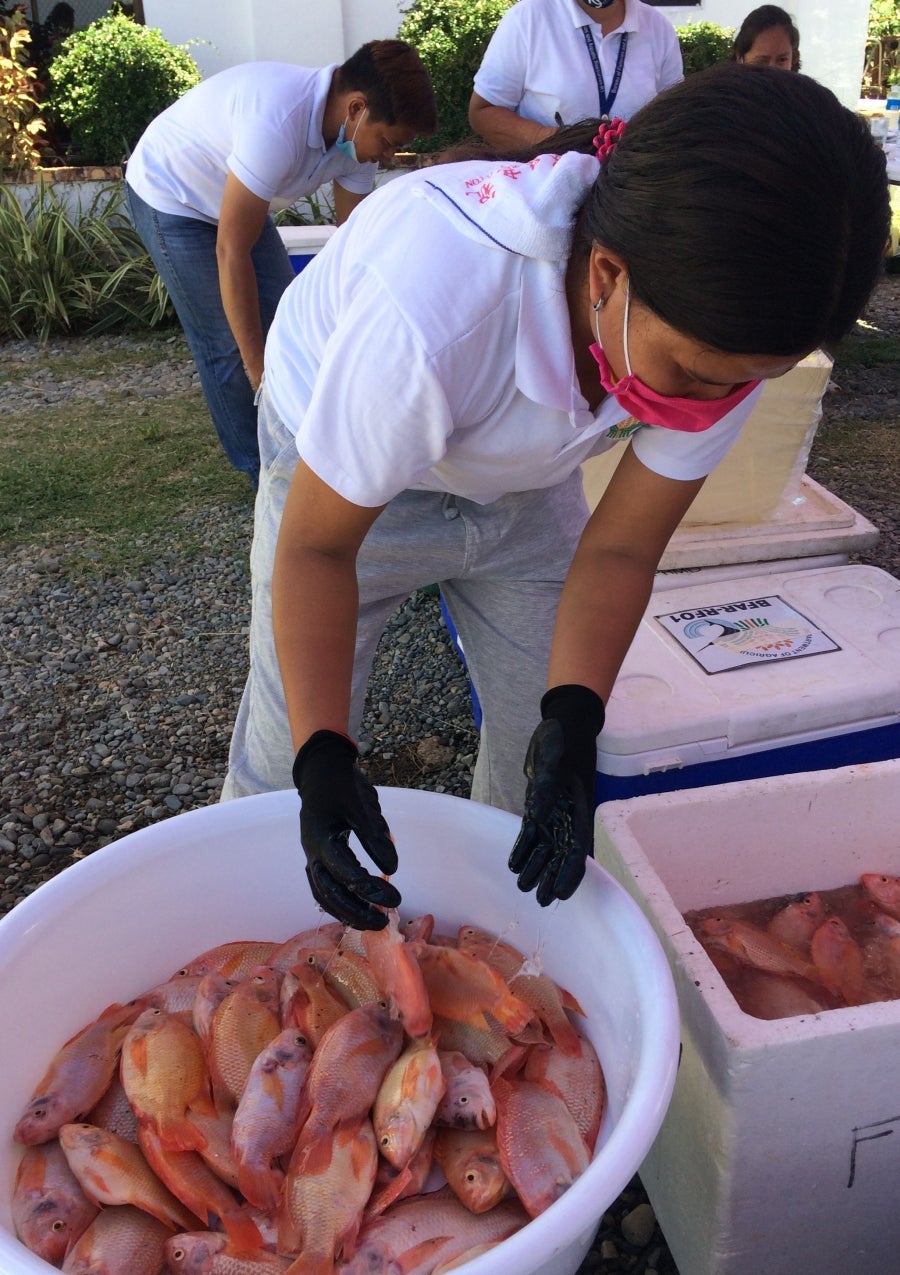 SEEING RED. A staff member of the Bureau of Fisheries and Aquatic Resources in Region I  classifies red tilapia harvested from the agency’s pond in Alaminos city. (Yolanda Sotelo/Inquirer)

ALAMINOS CITY, Philippines–The red tilapia, often called the “golden tilapia” in the market, will be introduced as an alternative fish for fishermen in the Ilocos region, the Bureau of Fisheries and Aquatic Resources (BFAR) said.

“We are looking into the economic viability of red tilapia and promoting awareness about its potential for fish cage culture,” she told the Inquirer

According to her, BFAR is looking into how best to breed the red tilapia in Luzon using different stocking density and environmental conditions.

In Ilocos region, the study applies two kinds of water environment and seasons for the research — freshwater in San Nicolas town, Ilocos Norte province, and brackish water in this city — to observe the fish’s growth performance and survival rate. 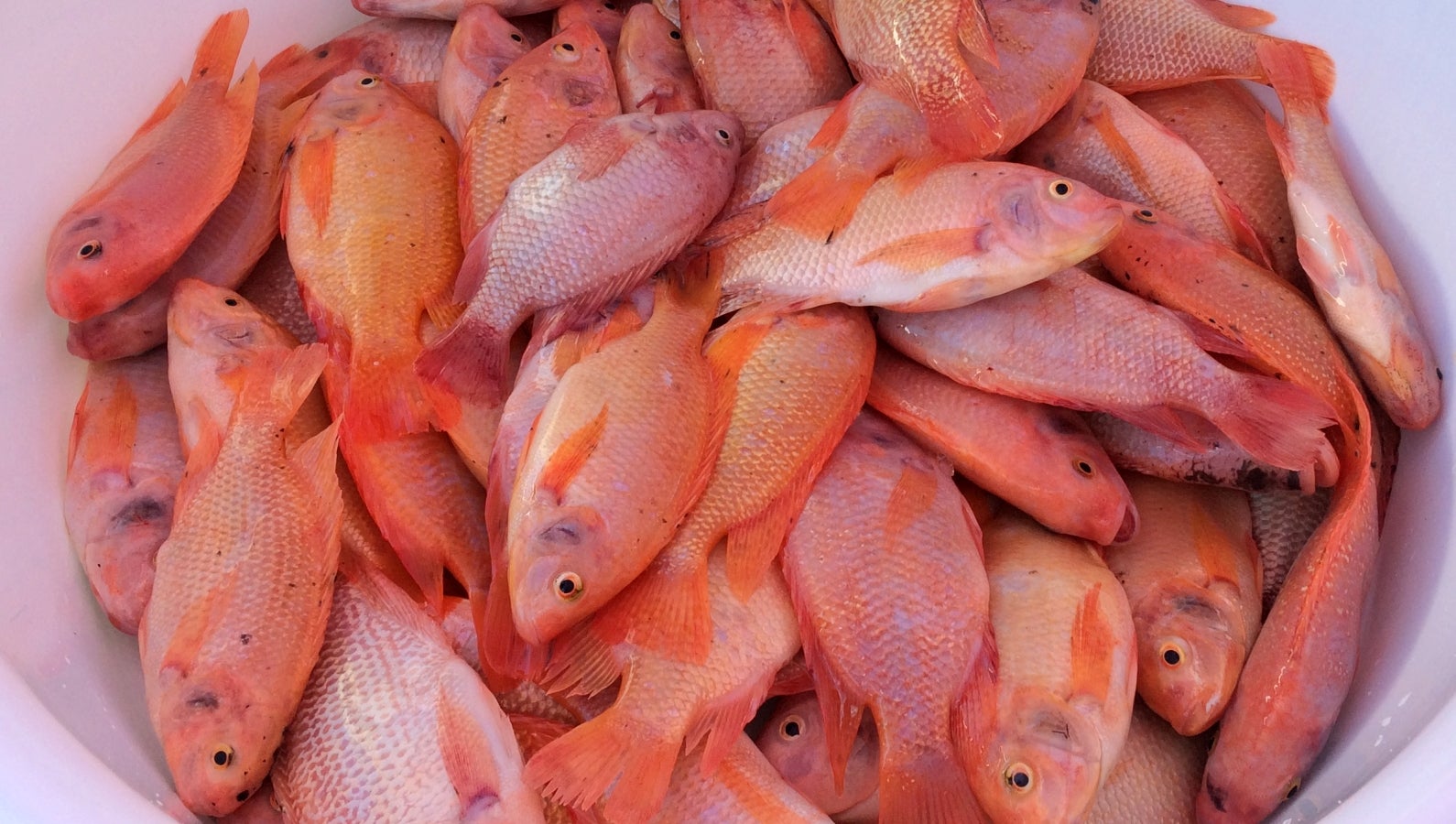 Tilapia thrives in freshwater but has been grown in brackish water, too, Gaerlan said.

The study into the five-month culture period of red tilapia here subjected the fish to high salinity (35 parts per million) and high temperature during summer. It will observe the fish for two more cropping seasons before a complete analysis is reached, Gaerlan said.