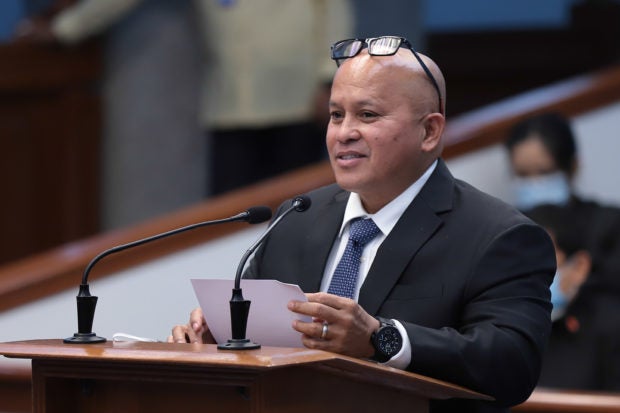 According to Anakbayan-Makati, if there is anyone who should find another job, it should be Dela Rosa — and not the workers who are already bearing the brunt of the COVID-19 pandemic’s economic effects.

“The only person who must find another job here is you,” Anakbayan-Makati said in a statement posted on their Facebook page.

(It’s hard to look for jobs now. Companies have gone bankrupt, have laid workers off, and are forced to close due to the COVID-19 pandemic which the Duterte regime failed to address.)

Earlier, Dela Rosa advised ABS-CBN’s over 11,000 employees, who risk losing their jobs if the network does not resume operations soon, to go seek other jobs as there are other ways to make a living.  However, he also acknowledged that finding a job during this pandemic might be hard, but it is a struggle experienced by everyone.

Dela Rosa also claimed that the ABS-CBN shutdown would not have a drastic effect in the future, as he is not working for it and would not be affected by it — something that Anakbayan took offense to and labeled “insensitive.”

“No individual insensitive to the plights and concerns of the masses should be holding public office,” the group explained.

Currently, the fate of the beleaguered media giant hangs in question as the House committee on legislative franchises have not yet voted on the franchise bill, even as lawmakers are set to sum up the discussions on the said issue.

While no schedule had been set for the House panel to vote on the franchise bill, there are rumors that committee members and House officials would make a vote by Friday.

Officials of the network said last May that retrenchment is a possibility if ABS-CBN fails to receive a franchise, and if does not operate by August.

ABS-CBN stopped its free television and radio broadcasts after the National Telecommunications Commission (NTC) issued a cease and desist order when the company’s franchise expired last May 4.