China lays claim to a wildlife sanctuary, making it the third border dispute with Bhutan 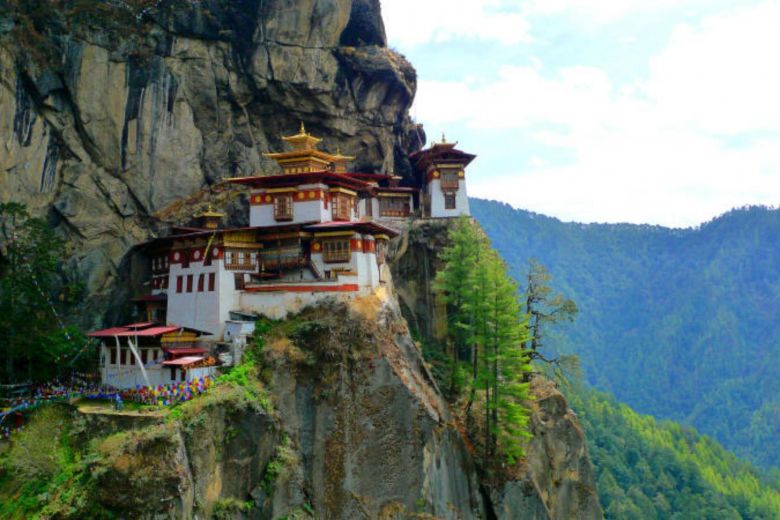 Bhutan has close ties with India but has maintained cordial relations with China. PHOTO: DRUK ASIA via The Straits Times

It has two unresolved border disputes with China and 24 rounds of talks have taken place between them since 1984, the latest in 2016

But, late last month, a third dispute cropped up.

On June 29, China objected to the tiny kingdom’s application for a grant for the Sakteng Wildlife Sanctuary from the Global Environment Facility (GEF).

China described the sanctuary, which is in eastern Bhutan’s Trashigang district and spread over 650 sq km, as “disputed”.

Sources said the Chinese move sent shockwaves through Thimpu although publicly it put on a brave face.

“Twenty-four rounds of ministerial-level boundary talks held, 25th round delayed due to COVID. All disputed areas to be discussed in next round, to be held as soon as mutually convenient,” the Royal Bhutanese embassy in New Delhi said on Wednesday (July 8) in the only statement to be released by the Bhutanese government.

Bhutan has close ties with India but has maintained cordial relations with China. It does not have diplomatic links with Beijing even though there have been internal debates over establishing such ties.

More than anything, Bhutan has been fearful of being caught in the disputes between India and China.

But, in 2017, it found itself at the centre of a border row over Doklam, an area claimed by Bhutan and China.

India supported Bhutan’s claims as the area is also strategically close to India’s Silliguri Corridor, a narrow stretch of land that connects the country’s north-east to the mainland. The issue was resolved through diplomacy between India and China.

Indian analysts believe the Chinese claim on the wildlife sanctuary is aimed at India as it is also close to the state of Arunachal Pradesh which China has laid claim to in its entirety.

India and China are in the midst of trying to resolve tensions after the worst clash in decades between their forces on their disputed border which left 20 Indian soldiers dead on June 15. This week both began the process of disengagement, which is occurring in stages along multiple points around the Line of Actual Control, the de facto border between the two countries.

“The Chinese are making this claim now on the basis that this was historically part of Tibet even if Bhutanese were allowed to use the area. This then suggests a renewed focus on strengthening Chinese claims on Tibet at international bodies and perhaps worries on this front for some reason,” said Dr Jabin T. Jacob, Associate Professor at Shiv Nadar University.

“For India and Bhutan, the implication is that Doklam has neither been forgotten nor forgiven and that the Chinese are determined to complicate the special relationship that the two South Asian neighbors enjoy. It however follows a pattern now evident of China making large and expansive territorial claims that has been on view for several years now.”

Within Bhutan, local media has not highlighted the current border dispute too much even though those on social media are aware of the new claims.

The editor of The Bhutanese newspaper, Mr Tenzing Lamsang, tweeted that even Chinese maps showed the sanctuary to be in Bhutan.

This is in addition to many other such maps including recent ones.

Yet to hear of any country in the world disputing its own official maps issued for decades.”