‘I will always speak up for you’: Server on defending Fil-Am family from racist rant | Inquirer News 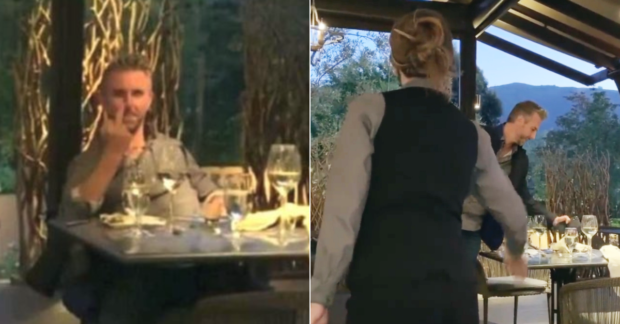 Michael Lofthouse (left) laid out a racist rant to a family, which led Gennica Cochran (right) to step in. Image: Instagram/@jordanlizchan

When one restaurant server witnessed a Fil-Am family in California getting caught in a racist rant, she knew she had to step in.

“I felt very protective of them,” Gennica Cochran told KGO-TV in a report today, July 9. She has been part of the hospitality industry for 20 years and a yoga instructor for 10 years.

“Most of these people, this is the first time that they’ve been out to dinner and then you have someone attacking them it was just no, no, I don’t have time for this,” she said.

A viral video taken by Jordan Chan captured tech CEO Michael Lofthouse hurling racist remarks and expletives in a restaurant during the Fourth of July weekend.

“Say that again,” said Chan, who took the video as Lofthouse verbally attacked her and her family, and also flipped them the bird.

Chan’s statement caught Cochran’s attention, and even if she was not serving the family’s table, she ordered Lofthouse to leave.

Chan posted the video on Instagram on Monday, July 6, saying that the white man “relentlessly harassed my family” during their stay.

Cochran recalled that Lofthouse was rude to their manager, switched tables and kept sending food back.

When she saw the Orosa and Chan family being harassed, she stepped in between them and told Lofthouse he was not welcome.

“To hear the emotion coming out of my voice, to see my mannerisms, it was unbelievable,” Cochran said in the report. “It was just something that came over me and I just did what needed to be done.”

“To have someone hate you just because of the way that you look, that’s beyond me. I don’t understand it,” she added.

As for her message to the family, she said, “I love you. I’ve got your back always.

“I will always speak up for you and please come back to Bernardus, I’d love to buy you a drink. And please just know that those words are not the values of the people that live here on the Monterey Peninsula.”

She urged the public: “If you see something do something. Stand up against racism and hatred in any form any time you can.”

Though Lofthouse has issued an apology, Cochran is not buying it.

“I think it’s the standard issued apology that you get from racists,” she said. “People who believe those things and they get called out for them. I don’t believe a word of it.”

Cochran’s act of kindness—and courage—is already being repaid, with people raising money for her online through three GoFundMe pages.

She plans to donate the money to others including those in the service industry. Niña V. Guno /ra