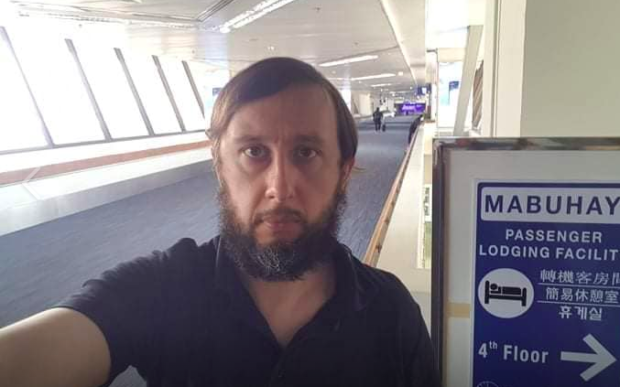 In what could be perceived as the real-life version of the character of Tom Hanks in “The Terminal”, an Estonian man got stranded at the Ninoy Aquino International Airport (NAIA) for more than 100 days.

After almost four months, Roman Trofimov was finally able to board a plane to return to his home country, as per his Facebook post last Tuesday, July 7. The tourist arrived in Manila on March 20, just a few days after the country was placed under an enhanced community quarantine (ECQ), due to the COVID-19 crisis.

Trofimov thanked everyone who helped him get the word out about his situation. The tourist had been appealing on social media to help him get back home by documenting his stay at the airport.

On July 3, Trofimov said that after he arrived last March, he was denied entry inside the country. The airline that flew him in the Philippines allegedly took his passport and stopped its operations on the same day he landed. The airline explained that he had to wait until the ECQ had been lifted before he was allowed to fly back home.

“Estonian consulate is no help either,” Trofimov said. “I [am] held inside NAIA airport Terminal 1 for more than 100 days.”

Trofimov disclosed that he was a person with disability. His health had been deteriorating in the airport due to malnutrition and the lack of sunlight and fresh air.

The tourist showed his sleeping quarters at the passenger lodging facility at NAIA through a video. Trofimov said that during his first week at the airport, he was asked to move to terminal three, where he had to sleep on the floor or the metal bench for one week.

“There was no food, they [said] I had to buy my own food and I had to pay for my ticket now,” he said. The man added that he eventually got transferred to the sleeping quarters and was provided food after he got in touch with a counselor in Estonia.

The Estonian also showed some of the hygiene products given to him at the terminal, as per his post on July 7.

The bag of hygiene products had a pair of disposable slippers, a packet of shampoo, a few round cotton pads, a few pieces of cotton buds, a small tube of toothpaste, a toothbrush and a towel.

Trofimov admitted that he was getting depressed about his situation as he sees other passengers flying back to their homes every day, while he remains stuck in the terminal, according to his post on July 4.

After months of waiting, Trofimov announced yesterday, July 8, that he finally arrived at the Amsterdam Airport Schiphol in the Netherlands. The man said he was going to catch another plane to get to Estonia from Amsterdam.

As of this writing, he has just boarded a plane to Estonia, as seen on his post about an hour ago.

Trofimov began his trip in Russia and flew to Thailand on March 12. He then left Thailand on the evening of March 19 and arrived at NAIA on March 20. According to his travel itinerary, he was only meant to layover at NAIA before flying to Cebu. JB