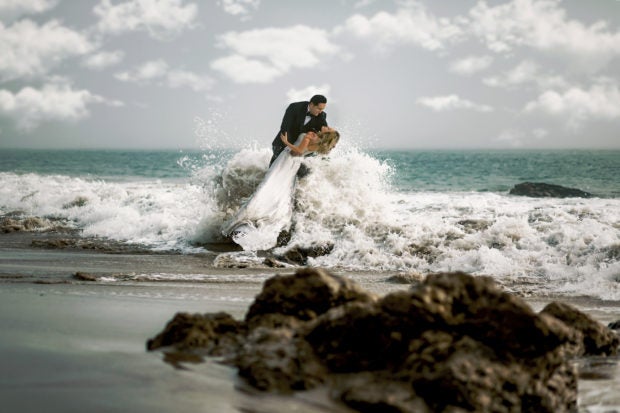 A couple was swept away by a massive wave during a wedding photo shoot at a beach in California, United States.

The bride and groom were posing on a rock in Treasure Island Beach when the wave hit, as per ABC-affiliate KABC last Thursday, July 2.

One eyewitness named Ionel Coroama captured the incident on camera, People reported. The video showed the wave approach them while they were dressed in a white gown and black tuxedo.

The clip then cut and showed the bride later being carried in the water by a lifeguard. A second lifeguard quickly swam to them and handed the woman a floating device.

Moments after, the two lifeguards lifted the woman out of the water as they neared the shore. The bride managed to remain seated upright after she was placed on the beach.

Meanwhile, her husband was laying down on the sand while being tended to by a third lifeguard.

The report also stated that the newlyweds did not sustain any injuries from the incident. Ryan Arcadio/JB