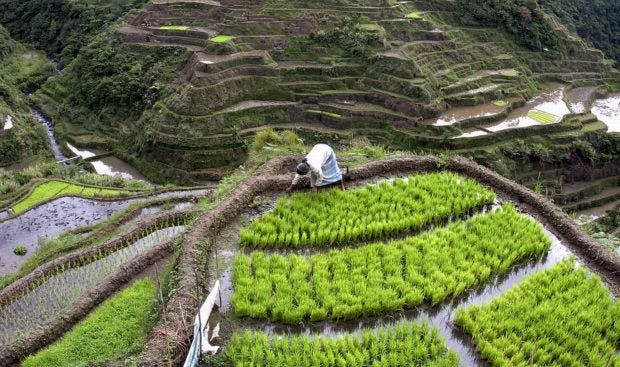 IFUGAO TREASURE The rice terraces of Ifugao province are not simply backdrops used in promotional materials for tourism but are considered community treasures that have sustained generations of Ifugao families. The province, which also relies on tourism, has tightened border checks to stop the local transmission of COVID-19. —EV ESPIRITU

BAGUIO CITY, Benguet, Philippines — After being barred by officials of Sagada, Mountain Province, from shooting a video for President Rodrigo Duterte’s State of the Nation Address (SONA), actor Piolo Pascual and movie director Joyce Bernal met the same fate when they tried to shoot in Banaue, home of the renowned rice terraces in Ifugao province.

Police in Banaue on Monday escorted Pascual and Bernal, including their film crew, out of the town due to an executive order of Mayor John Wesley Dulawan that temporarily prohibited travel there until July 10.

The group was denied entry into Sagada on Sunday despite having an authorization from Malacañang presidential broadcast staff to film some materials that would be used as background for the Sona on July 27.

Preventive measureSagada Vice Mayor Felicito Dula said the group’s request was turned down due to the town’s strict health protocols against the new coronavirus disease (COVID-19). These included barring the entry of nonresidents from areas with high COVID-19 cases.

The group arrived in Banaue at 12:15 p.m. Monday. Kendal Immoliap, the municipal administrative officer, said the local government politely declined the request of Bernal’s team to shoot materials for the Sona as a preventive measure against COVID-19.

Bernal and her companions then went to Kiangan town, also in Ifugao, where they were allowed to briefly visit the Kiangan National Shrine, according to Mayor Raldis Bulayungan.

“I assumed that the visitors were cleared and had necessary documents because they were able to enter the province and reach the capitol, so I agreed,” Bulayungan told the Inquirer by phone.

“They (Bernal’s team) told me that they wanted to see our mountains because they need some background material for the Sona, so I asked them if they are prepared to trek, but they said they were not,” he said.

“They did not stay long, they were here for about 10 minutes,” Bulayungan said.

Bernal’s crew returned to Baguio City at 9 p.m. on Monday, but they were subjected to health protocols at a triage on Marcos Highway before proceeding to a hotel, police said.

The venue for Duterte’s SONA has not been determined yet, according to presidential spokesperson Harry Roque. He said the 1987 Constitution does not impose any requirement as to the venue for the Sona.

He said there were two options: via video conference from Malacañang or Duterte can go to the Batasang Pambansa to deliver his speech before a limited number of lawmakers.

“Either way, it does not matter. The important thing is, he will report to Congress. And the Constitution does not require from where the President will report,” Roque said.

—With a report from Julie M. Aurelio