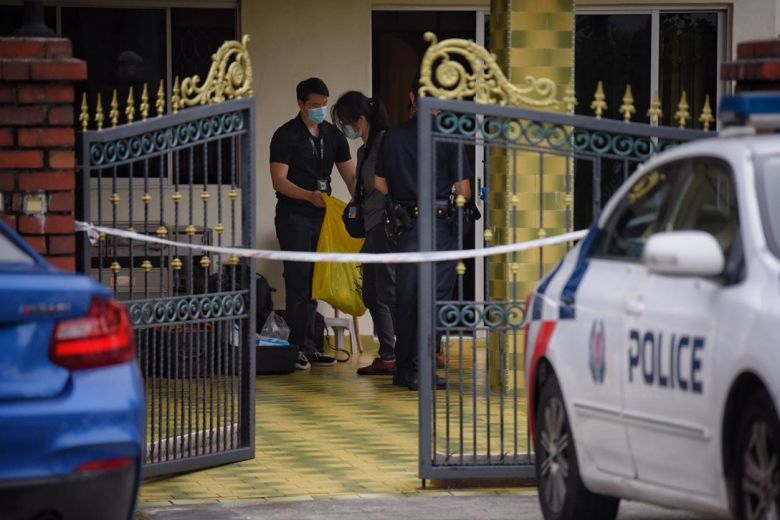 SINGAPORE — A 34-year-old maid from Myanmar has been arrested after she was accused of killing a 95-year-old woman in a landed home in Upper Serangoon.

The police said that they were alerted to a stabbing case in a residential unit in Recreation Road on Monday (July 6) at about 1:50 pm.

The elderly woman was found lying motionless at the scene and later pronounced dead by a paramedic.

The police have classified the case as murder.

Preliminary investigations revealed that the victim and the accused knew each other.

The suspect is expected to be charged in court on Wednesday.

When The Straits Times visited the crime scene, a two-storey semi-detached house, at about 6:30 pm, police officers were seen going in and out of the home with bags of evidence.

The police had also cordoned off the front of the house as well as the kitchen at the back of the unit. They left the crime scene at about 8 pm.

A neighbor who declined to be named said he did not realize a murder had taken place until a family member who saw it on the news alerted him.

The man, in his 50s, said he was shocked when he opened his door and “saw police cars swarming outside”.

His last saw the elderly woman sitting by herself on a chair in the home’s garden some weeks ago.

Another neighbor, a man in his 30s who wanted to be known only as Daniel, said that he saw the 95-year-old woman recently when he was jogging past the house and nothing seemed amiss.

He also did not notice anything out of the ordinary on Monday.

“It’s shocking to hear that something like this has happened,” said Daniel, who works in business development.

He added that the neighborhood tends to be quiet and that he was not aware of any major conflicts among his neighbors.

In the early evening, preparations for a wake were made at the home, with tables, fans and tentage set up.

Close to 10 people, who appeared to be family members of the victim, arrived in a few cars and entered the house just adjacent to the home where the crime happened.

They went to the crime scene later in the night and several women were heard crying from the unit.

A man, who said he was a grandson of the victim but declined to be named, told reporters in Mandarin that his grandmother and her son had lived together in the home.

The family owns a few neighboring homes on the same road but the grandson said he lives elsewhere.