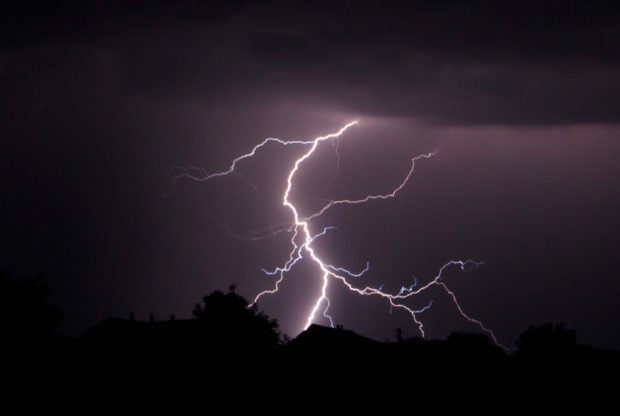 A lightning strike took the life of a 9-year-old girl, while her 15-year-old sister suffered serious burns. The sisters were walking along a trail in Georgia in the United States with their mother when a storm began.

Nicol Mateo-Pedro was pronounced dead in the hospital where she was taken, ABC-affiliate WSB-TV reported yesterday, July 6. The sisters’ mother was not injured by the lightning strike.

The mom and her two kids were trekking in Moultrie on Friday afternoon, July 3, when a storm began brewing in the sky. The three sought refuge under a wooden shelter.

While they were waiting for the storm to pass, lighting struck a pine tree next to the shelter. According to the report, a bolt of electricity traveled from the tree to the shelter. It then hit the girl while she was sitting on a bench inside the shelter.

The girl was rushed to a medical center, but she did not survive. Her older sister, on the other hand, was transported by an aircraft to Augusta Burn Center.

Mateo-Pedro’s sister is still in critical condition, according to the crowdfunding initiative for the 9-year-old’s funeral expenses. The collected funds will also be used for her elder sister’s medical expenses.

The girl’s community is mourning Mateo-Pedro’s death, as per the report. The coroner who took care of Mateo-Pedro also said that throughout his 12 years in service, he has never encountered such a deadly lightning strike in his community. Cha Lino /ra

Father strangles, suffocates his own twin kids before jumping off bridge