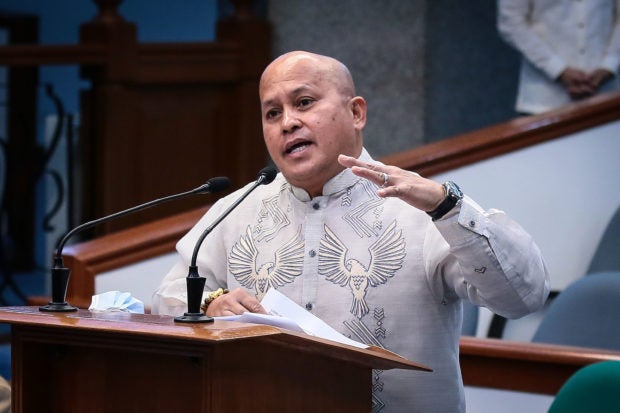 “The Anti-Terror Act of 2020 will have an impact on our drug situation, lalung-lalo na sa Mindanao dahil [especially in Mindanao because] it is a symbiotic relationship between the drug lords and the terror groups,” Dela Rosa, the chief of the Philippine National Police (PNP) during the first years of President Rodrigo Duterte’s brutal drug war, said in a video statement to reporters on Tuesday.

Dela Rosa cited as an example previous intelligence reports which found that drug lords, whom authorities were tailing in Metro Manila during at the start of the drug war, had “sought refuge” from known terror groups.

The senator further noted that government troops were also able to recover what was believed to be drug money at the height of the Marawi siege in 2017.

On May 23, 2017, government troops clashed with terrorist forces of the Maute Group of the Abu Sayyaf, who were joined by foreign jihadists. The battle lasted for five months until the city was officially liberated on Oct. 17.

“If you have noticed, noong kasagsagan ng Marawi siege, our operating troops were able to recover large amount of money and this money is believed to be drug money. So meron talagang effect itong Anti-Terror Act na ito sa ating drug situation. Hopefully, makakatulong ito in a positive way,” he added.

(During the height of Marawi siege, our operating troops were able to recover large amount of money and this money is believed to be drug money. So the Anti-Terror Act really has an effect in our drug situation.)

The newly-signed law repeals the Human Security Act of 2007 (HSA) and punishes those who will propose, incite, conspire, participate in the planning, training, preparation, and facilitation of a terrorist act; including those who will provide material support to terrorists, and recruit members in a terrorist organization.

Before it was enacted into law, the measure had been met with widespread opposition over fears that the measure could spur human rights violations and suppress dissent.

Its authors in Congress, however, have repeatedly defended the proposed law, saying the measure contained enough safeguards against abuse.