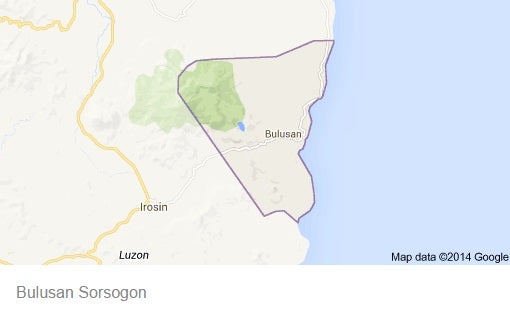 MANILA, Philippines — A total of 19 volcanic earthquakes shook Bulusan Volcano in Sorsogon province in the past 24 hours, the Philippine Institute of Volcanology and Seismology (Phivolcs) said Tuesday.

The quakes are associated with weak and shallow hydrothermal or magmatic gas activity within the volcano’s edifice, Phivolcs said in its volcano bulletin.

It also observed a very weak emission of white steam-laden plumes from the lower southeast vent. There is also short-term inflation of the edifice since late February.

“These parameters indicate that volcanic processes are underway beneath the edifice that may be caused by deep-seated degassing or hydrothermal activity or magmatic intrusion,” Phivolcs said.

On Monday, the Phivolcs raised Alert Level 1 over Bulusan Volcano, meaning it is in an “abnormal condition.”

The alert level 1 remains placed over the volcano, thus local government units and the public are not allowed to enter the four-kilometer radius Permanent Danger Zone.

Authorities should, likewise, be on alert within the two-kilometer Extended Danger Zone (EDZ) in the southeastern sector because there is increased possibilities of sudden and hazardous phreatic eruptions.

Phivolcs advised pilots not to fly close to the volcano’s summit as ash from eruptions can be hazardous to passing aircrafts.

Residents living within valleys and along river or stream channels especially on the southeast, southwest, and northwest sector of the volcano should be vigilant against sediment-laden stream flows and lahars in the event of heavy and prolonged rainfall.