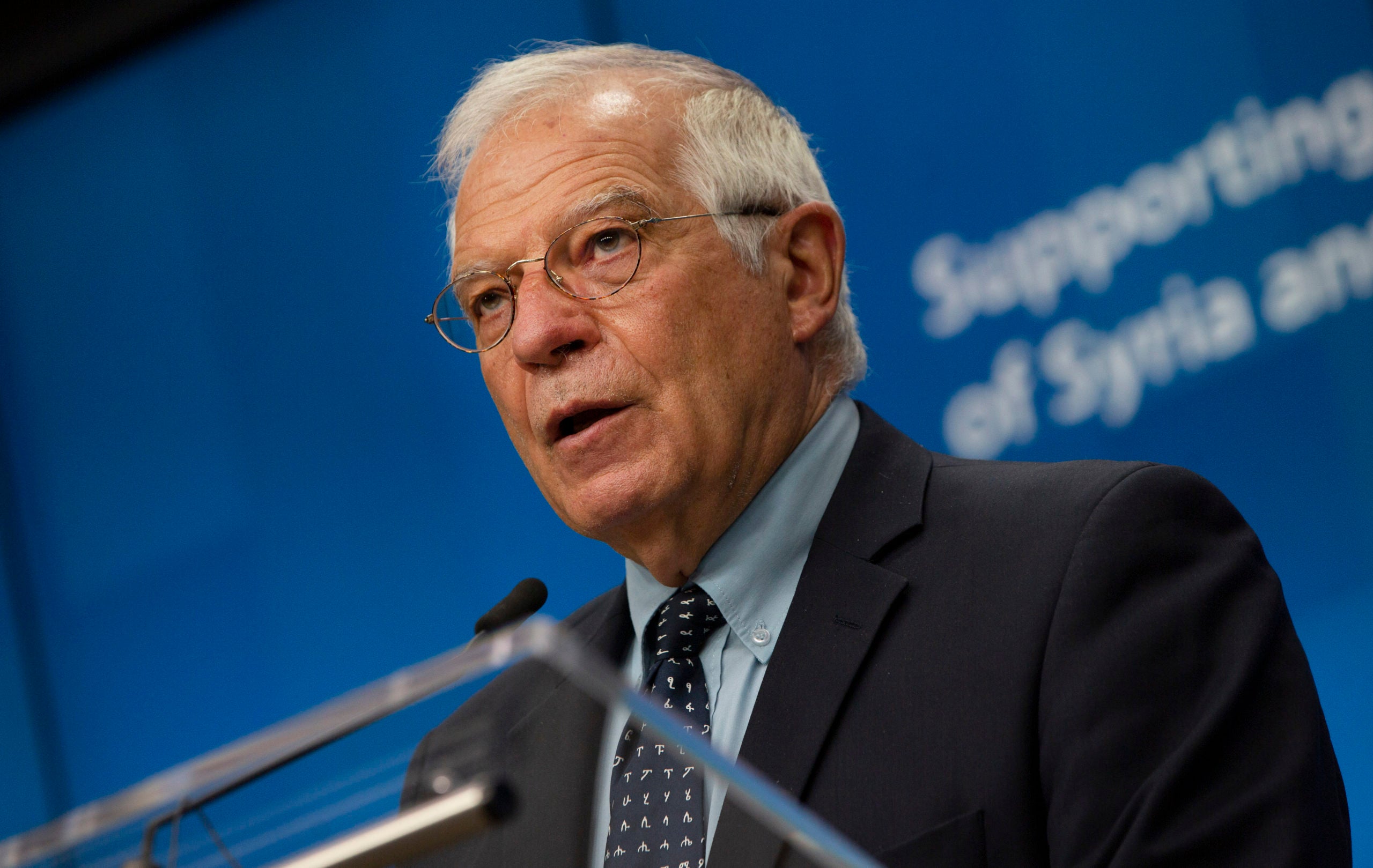 European Union foreign policy chief Josep Borrell speaks during a media conference after a meeting, Supporting the future of Syria and the Region, in videoconference format at the European Council building in Brussels, Tuesday, June 30, 2020. (AP)

BRUSSELS  — The European Union’s top diplomat said Friday that he has received a letter from Iran that triggers a dispute mechanism in the international agreement limiting Tehran’s nuclear ambitions, citing concerns that Britain, France and Germany are not living up to their side of the deal.

The accord, which Iran signed with the U.S., Britain, Germany, France, China and Russia in 2015, has been unraveling since President Donald Trump pulled Washington out in 2018, unleashing sanctions designed to cripple the Islamic Republic’s economy.

EU foreign policy chief Josep Borrell, who is coordinator of the pact known as the Joint Comprehensive Plan of Action, or JCPOA, said that in the letter Iranian Foreign Minister Javad Zarif seeks redress under “the dispute resolution mechanism, as set out in paragraph 36 of the agreement.”

No details about the nature of Iran’s “implementation issues” with Britain, France and Germany were provided. The dispute mechanism provides for a period of about one month, which can be prolonged if all parties agree, to resolve any disagreement.

In a tweet on June 19, Zarif said the three countries “must stop public face-saving and muster the courage to state publicly what they admit privately: their failure to fulfill even (their) own JCPOA duties due to total impotence in resisting U.S. bullying.”

Zarif’s letter to Borrell was sent a day after a mysterious fire broke out at the Natanz underground facility where Iran enriches uranium.

Britain, France and Germany consider the nuclear deal to be a cornerstone of regional and global security and have struggled to keep it alive since the U.S. pulled out, setting up a parallel system to try to keep funds flowing into Iran as its economy flagged.

On Jan. 15, they reluctantly triggered the accord’s dispute resolution mechanism themselves to force Iran into discussions on possible violations of the deal, as Tehran appeared to backslide and refused to be bound by its uranium enrichment limits. They later suspended the action.

Borrell said the dispute process “requires intensive efforts in good faith by all.”

He underlined his support for the agreement, saying that it “is an historic achievement for global nuclear non-proliferation contributing to regional and global security” and that he remains determined to preserve it.

Late last month, Iran’s president warned the U.N. nuclear watchdog to expect a “stern response” regarding its demands for Iran to provide access to sites thought to have stored or used undeclared nuclear material.

Tehran was irritated by a resolution adopted by the board of the International Atomic Energy Agency demanding access to the sites. The resolution was proposed by Britain, France and Germany. Russia and China voted against it. Iran has dismissed allegations of nuclear activities at the sites in question.