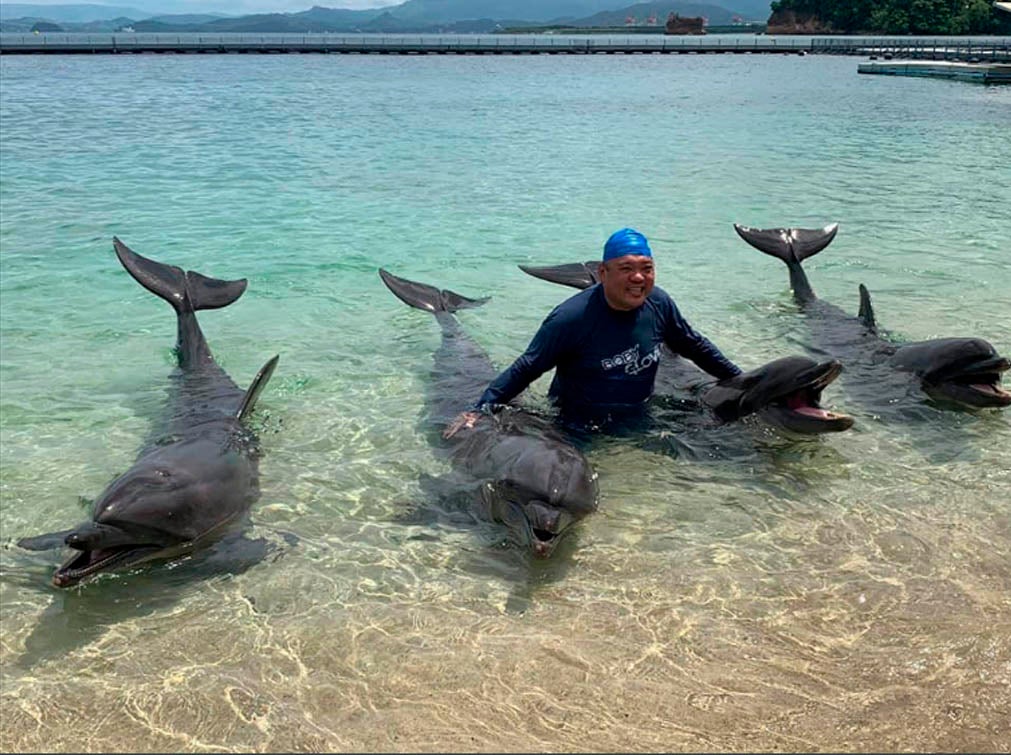 So what’s wrong with swimming with dolphins and enjoying a day out in the sun?

It may just be an item on presidential spokesperson Harry Roque’s bucket list, but Earth Island Institute (EII) Philippines took issue with the official indulging in “captive animal entertainment.”

Roque made a splash on social media this week when pictures of him frolicking with bottlenose dolphins were posted on the Facebook page of Ocean Adventure marine park in Subic town, Zambales province.

The photos have since been taken down, but not before netizens took screenshots of a rash guard outfitted Roque sitting in shallow water with several dolphins.

Netizens slammed Roque for “living the life” while most people and stranded individuals hunkered down in the sweltering heat and endured restrictions under community quarantine.

Roque has since apologized for his out of town jaunt, and assured the public that he did not violate any health protocols, even when he was photographed talking with the park’s personnel without a protective mask.

“Even though I did not violate any regulation, I recognize that some were offended by the photos. To those who were offended, my apologies. I am only human. My work has no weekends. So if a break is needed, you do it whenever possible,” Roque said at a press briefing on Thursday.

But EII said Roque must be held to account for his actions, since bottlenose dolphins are protected under the Convention on International Trade in Endangered Species of Wild Fauna and Flora (CITES), of which the Philippines is a signatory.

Under the country’s Fisheries Code, it is unlawful to fish, take, catch, gather, sell, purchase, possess, transport, export, forward or ship out aquatic species listed in the CITES Appendices 2 and 3, where the dolphins are mentioned.

EII campaign spokesperson Mark Louie Aquino also took Roque to task for “favoring big businesses that support captive animal entertainment … when there are small and microenterprises that require much needed boost and support from government.”

Roque said he was at the park not for leisure, but for a “side trip” to check on his family’s agribusiness in Bataan province.