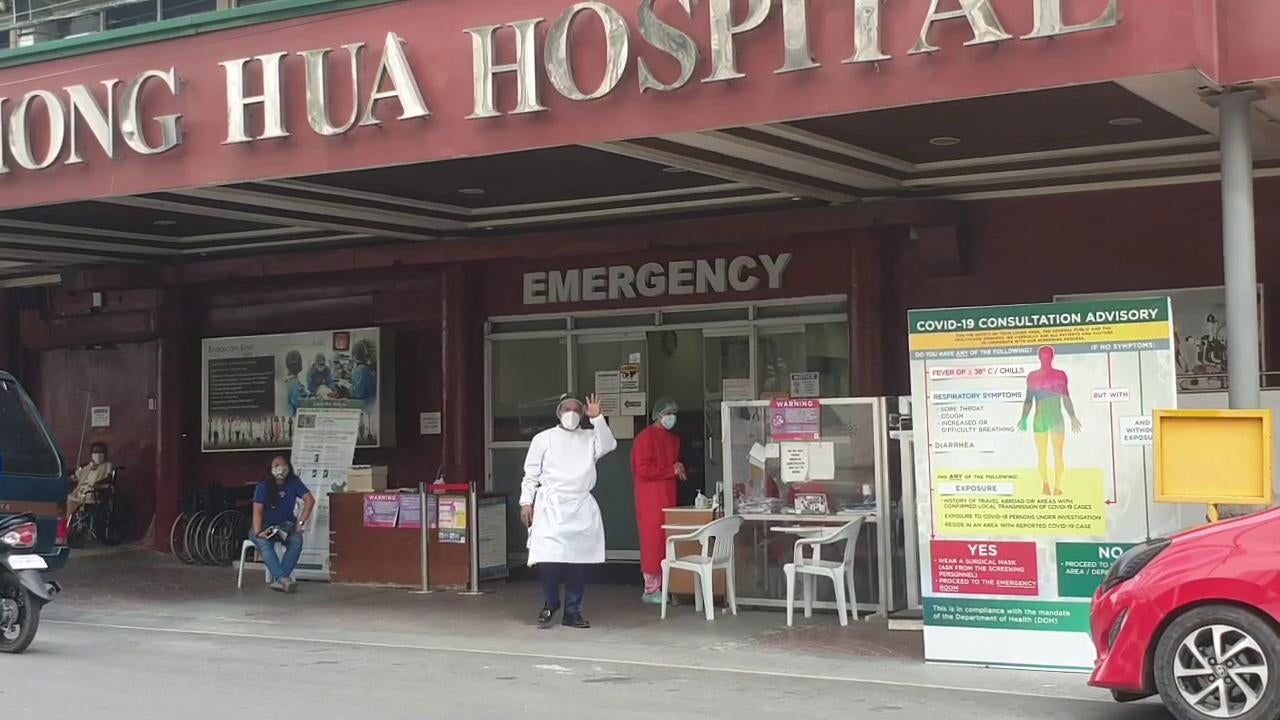 NEARING CAPACITY At Chong Hua Hospital in Cebu City, COVID-19 beds are 98 percent occupied and more than 50 percent of the patients are severely or critically ill. —DALE ISRAEL

Big hospitals in Cebu City have reached the “critical level” in capacity due to a surge in new coronavirus cases, the Department of Health (DOH) said on Thursday.

But isolation and intensive-care beds at big hospitals in Cebu City are 80 percent occupied, she said.

“They were able to bring down the numbers, but [they’re] still in the critical level,” she added.

“Vicente Sotto (Memorial Medical Center), Chong Hua Hospital and other large hospitals in Cebu are at critical level. Many are admitted there, many are using their mechanical ventilators,” Vergeire said.

The near-capacity situation, she said, is one of the reasons why President Rodrigo Duterte retained a strict lockdown in Cebu City.

“That’s to give them a breather, so that they can prepare in case the surge continues,” she said.

Vergeire said private hospitals in the city were also nearing capacity in critical-care use rate.

She recalled that the same thing happened in Metro Manila at the start of the local outbreak.

“When we started here in [Metro Manila], the ones that were overwhelmed were the private hospitals. This is the same thing happening right now in Cebu, where people really go to private hospitals,” Vergeire said.

She cited Chong Hua Hospital, where COVID-19 beds were 98 percent occupied and 50 percent of the patients were severely or critically ill.

One factor contributing to the problem is the lack of tertiary hospitals in Cebu City, Vergeire said.

“Many [hospitals] in the city are level 1, which means they do not have [intensive-care capacity],” she said.

“One of the things we saw [that] were wrongly implemented was home quarantine—1,900 cases. In home quarantine, we cannot totally control or isolate COVID-19 cases,” Galvez said on Thursday.

Contact tracing, he said, was only 30 percent and that it did not locate all infected contacts.

“At the same time, there’s the psychological stigma. Some contacts won’t speak up because of the discrimination. So some of the reasons are really psychological,” Galvez said.

As Cebu is a gateway to the Visayas, human traffic through the city could also be a factor in the spread of the coronavirus, he said. But congestion in the slums, where social distancing and minimum health standards are difficult to enforce, is a reason for the surge, he added.

In a televised address late Tuesday, Mr. Duterte called Cebu City a new hot spot for the coronavirus in the country and blamed it on the city’s residents.

“Many of you did not follow [the rules]. So don’t get mad at me,” he said as he announced that he was extending the Cebu City lockdown by two more weeks.

Galvez, however, said the residents actually complied with the restrictions, which were put in place to minimize the transmission of the virus.

“I can see we are really going in the right direction and, hopefully by July 15, they can graduate from the [lockdown],” Año said.