At least 50 dead in Myanmar jade mine landslide | Inquirer News

At least 50 dead in Myanmar jade mine landslide 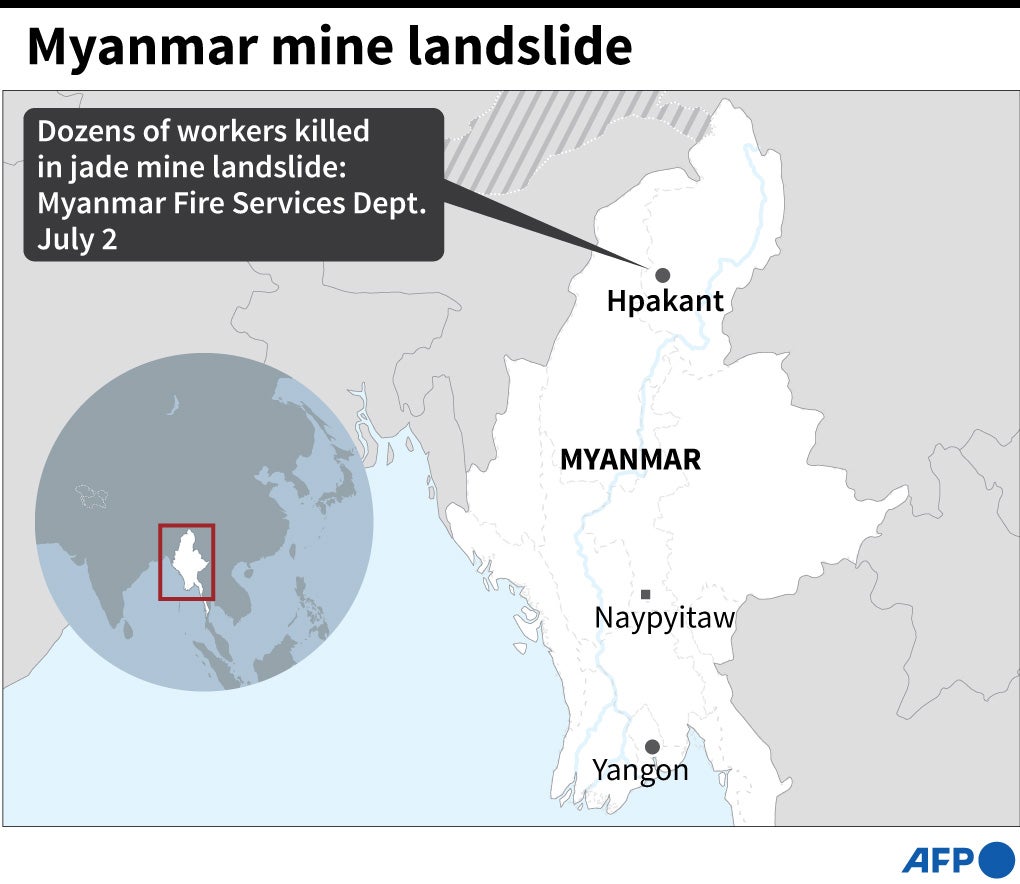 YANGON , Myanmar — The bodies of at least 50 jade miners were pulled from the mud Thursday after a landslide in northern Myanmar, fire services said, as monsoon rains worsen already deadly conditions.

Dozens die each year while working in the country’s highly lucrative but poorly regulated jade industry, which uses low-paid migrant workers to scrape out a gem highly coveted in China.

The landslide struck early on Thursday close to the Chinese border in Kachin state after a bout of heavy rainfall, the Myanmar Fire Services Department said on Facebook.

“The jade miners were smothered by a wave of mud,” the statement said. “The search and rescue process is still ongoing.”

The workers were scavenging for the precious gemstones on the sharp mountainous terrain in Hpakant township, where furrows from earlier digs had already loosened the earth.

Photos posted on the Facebook page showed a search and rescue team wade through a valley apparently flooded by the mudslide.

Open jade mines have pockmarked Hpakant’s remote terrain and given it the appearance of a vast moonscape.

Fatal landslides in the area are common, and the victims are often from impoverished ethnic communities that are looking for scraps left behind by big firms.

Watchdog Global Witness estimated that the industry was worth some $31 billion in 2014, although very little reach state coffers.

The fight to control the mines and the revenues they bring frequently traps local civilians in the middle.