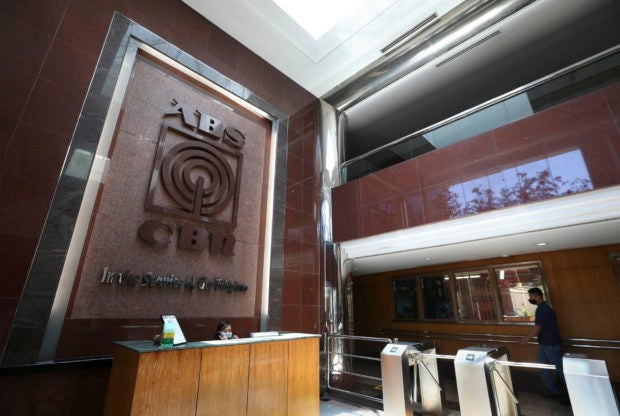 WHY IS IT STILL ALIVE? The National Telecommunications Commission has ordered ABS-CBN to go off the air completely by shuttering its cable and digital operations, too. —LYN RILLON

MANILA, Philippines — Several senators on Wednesday decried the latest decision of the National Telecommunications Commission (NTC) to shut down ABS-CBN’s digital broadcast unit, a move that could further emasculate the Lopez-owned media network.

“[It’s] very unfair given the treatment of other franchise holders whose franchises expired [but] were allowed to operate while their applications were pending with Congress,” Sen. Sonny Angara said in a Viber message to the Inquirer.

“[Its timing is] terrible given the economic situation with record unemployment [in the country]. It’s sad to see [the] government treat working people this way,” he said.

Angara, Senate finance committee chair, emphasized that besides the television company’s 11,000 workers, those providing goods and services to ABS-CBN would also lose their source of income if the broadcast company would completely cease operations.

“It’s painful to watch the government [become] the cause of so much suffering and hardship for thousands of ordinary working Filipinos,” Angara said later in a Twitter post.

Sen. Risa Hontiveros said the NTC’s action was “disturbing” as it would limit the public’s source of credible information during the COVID-19 pandemic.

“Because we are in a crisis and because access to information is crucial, [the] NTC should reconsider [its] cease-and-desist orders,” Hontiveros said in a statement.

“Especially because of the COVID-19 global pandemic, we need to uphold freedom of the press, secure the rights and welfare of workers and improve the public’s access to life-saving information,” she said.

Sen. Francis Pangilinan said he hoped the Supreme Court would intervene and put a stop to this “madness.”

Why single out ABS-CBN?

“The lust for power will continue unless the court or the people will end it by opposing and condemning it,” Pangilinan said.

“We should not be afraid to speak up and criticize the abuses and failure of leadership in our country,” he said.

In the House of Representatives, Nueva Ecija Rep. Micaela Violago asked the NTC to explain why it was shuttering ABS-CBN, which is applying for renewal of its franchise, but allowing at least 15 other broadcast companies to continue operating despite the expiration of their franchises.

Speaking at the hearing on ABS-CBN’s alleged violations of tax and labor laws, Violago, an administration ally in the House, said the NTC should show fairness in applying the law to all broadcast companies.

“We have repeatedly said in our committee hearings that we [in the government] should exercise fairness to all. Thus, the NTC should act on this matter to show that it is not biased in favor of any media entity,” Violago said.

On May 5, the NTC ordered ABS-CBN to cease operating after its 25-year franchise expired the day before. Twelve bills were pending in the House for the renewal of the broadcaster’s franchise, though.

ABS-CBN complied, shutting down its free television service, and AM and FM radio operations. But it continued broadcasting through its cable business, which was not covered by the NTC order.

On Tuesday, however, the NTC came back with a supplementary order for the closure of ABS-CBN’s programs on the digital TVPlus in Metro Manila and the satellite broadcast operations of its cable arm SKY Direct. It also ordered the shuttering of ABS-CBN’s digital TV transmission in Metro Manila through Channel 43 and the broadcaster’s pay-per-view channel KBO.

Violago asked why the NTC wanted ABS-CBN to go completely off the air but allowed at least 15 other broadcasters with expired franchises to keep operating.

“For all we know, they might also be in violation of tax or labor laws while they are seeking renewal of their franchise,” she said.

But in a phone interview later, Violago declined to name the other broadcast companies in deference to the committee handling the matter.

“I have already lodged my concerns [with] the committee, and without the approval of the chairman, I’m afraid I cannot divulge the names of the media companies,” she said.

Under questioning by a number of lawmakers, ABS-CBN executives affirmed that the company has paid the right taxes since its latest franchise was granted in 1955.They also denied that the broadcaster’s subsidiaries ABS-CBN Holdings Inc., Big Dipper Digital Content and Design Inc. as well as ABS-CBN Foundation are being used as tax shields.

ABS-CBN lawyer Aldrin Cerrado said that for 2015 to 2018 alone, the network has paid P24.6 billion in taxes to the government.