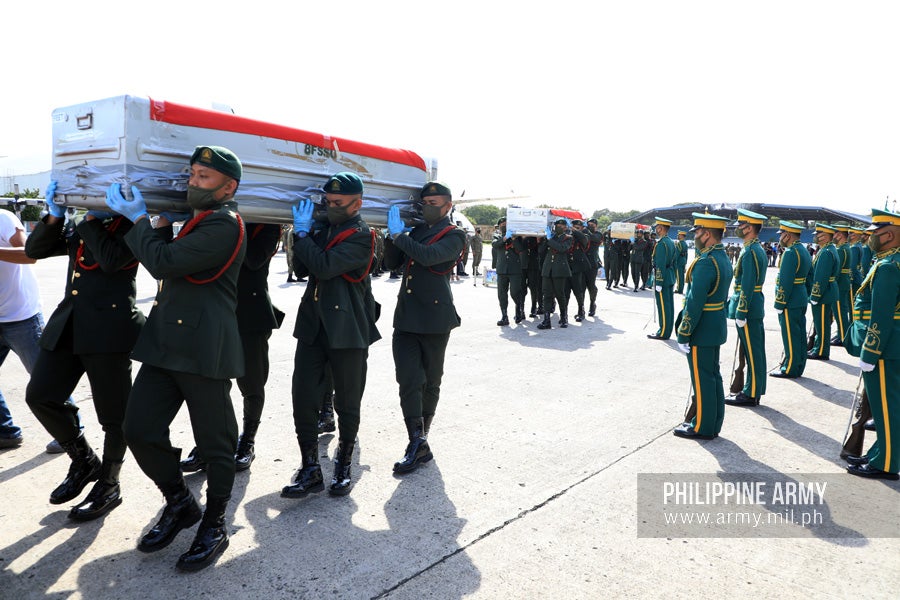 The leadership of the military and police have agreed to review protocols to check if these were up-to-date following the fatal shooting by policemen of four Army intelligence officers in Jolo, Sulu. PHILIPPINE ARMY

MANILA, Philippines—The leadership of the military and police have agreed to review protocols to check if these were up-to-date following the fatal shooting by policemen of four Army intelligence officers in Jolo, Sulu.

Gen. Felimon Santos, Armed Forces of the Philippines (AFP) chief, said the AFP would check if there are any standard operating procedure (SOP) and other systems that had been violated and needed improvement to prevent another mistake like the one that led to the deaths of the Army operatives.

Four intelligence agents from the Philippine Army were shot dead near the Jolo police station on Monday (June 29).

The Army officers had identified themselves to the policemen but still ended up being shot by the policemen when one of the officers alighted, unarmed, from the SUV they were riding in.

The Philippine National Police (PNP) offered a different version of what happened. The Sulu police force claimed that its men stopped the SUV carrying the intelligence officers and instructed them to proceed to a nearby police station for verification of identities.

According to the PNP narrative, as the police team and the Army officers neared the police station, the officers’ SUV sped off, which triggered a car chase. Police said they only defended themselves as the soldiers opened fire.

Army chief Lt. Gen. Gilbert Gapay had called the incident a “murder” and a “rubout.” The National Bureau of Investigation is already looking into the fatal shooting.

AFP spokesperson Maj. Gen. Edgard Arevalo, in a separate statement, said the Army chief drew his conclusion from a “learned evaluation of information” presented to him, which were supported by spot reports and eyewitness accounts.

Arevalo said autopsy results had come in already but he refused to give details saying he did not want to preempt their release.

The AFP and PNP chiefs have agreed to revisit each technique, tactics and procedure to determine if these are current and are followed religiously to prevent another deadly mistake like the one committed in Jolo, Arevalo said.