US could hit 100,000 new virus cases a day⁠—top health expert 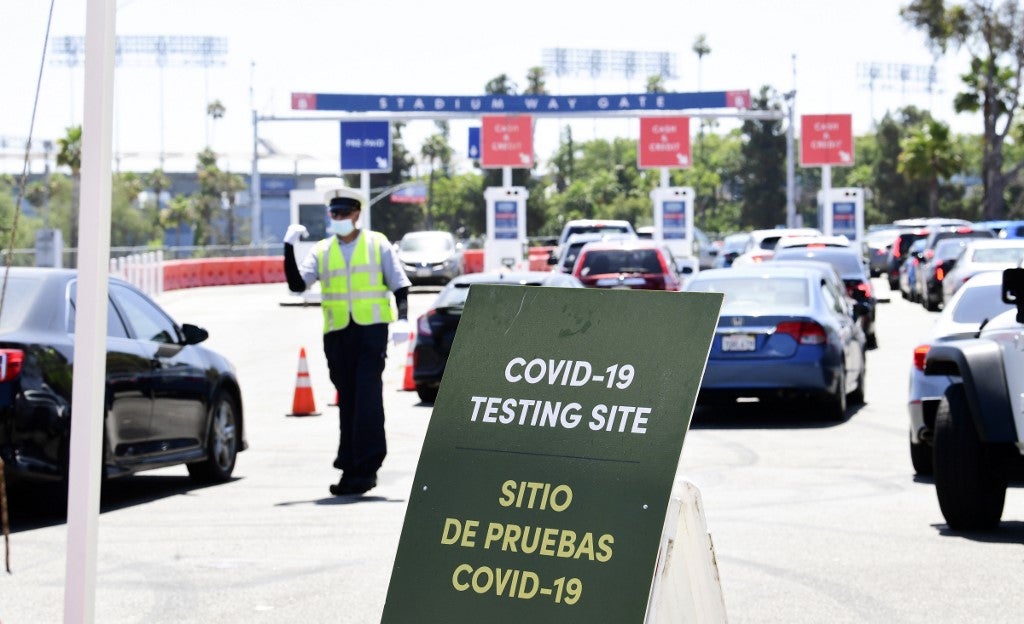 A top US health expert warned Congress on Tuesday that new coronavirus cases could more than double to 100,000 per day if authorities and the public fail to take steps to suppress the pandemic.

“I’m very concerned and I’m not satisfied with what’s going on, because we’re going in the wrong direction,” he testified to a Senate panel.

Alarming spikes in new cases in southern hotspots Texas and Florida are driving the daily national total of new cases to over 40,000 per day, and they need to be tamped down quickly to avoid dangerous surges elsewhere in the country, Fauci stressed.

“Clearly we are not in total control right now,” he said adding: “I would not be surprised if it goes up to 100,000 a day if this does not turn around.”

The dire messaging reinforced concerns about the US ability to rein in a pandemic that has claimed some 126,000 American lives.

The testimony comes as the United States, the world’s hardest-hit nation, with more than 2.6 million infections, was left off the list of 15 countries to which the European Union will open its borders from July 1, and as it grapples with how to assure a safe reopening of schools in the coming months.

Fauci said he believed some states are “skipping over some of the checkpoints” that assure safe reopenings of business and public spaces.

And he also offered a blunt message to the nation’s young adults who have engaged in “dangerous” behavior including congregating in bars, not wearing masks, and not following social distancing guidelines.

“I think we need to emphasize the responsibility that we have, both as individuals and as part of a societal effort to end the epidemic, that we all have to play a part in that,” Fauci said.

The head of the Centers for Disease Control and Prevention, Robert Redfield, sounded the alarm about rising trajectories in several jurisdictions, including COVID-19 hospitalizations rising in 12 states, and said it was “critical” that every American takes personal responsibility and “embraces the use of face coverings.”

But the chairman of the panel, Republican Senator Lamar Alexander, also pointed the finger at Trump, saying the president had the power to end politicization of mask-wearing that suggests “if you’re for Trump, you don’t wear a mask. If you’re against Trump, you do.”

“That’s why I’ve suggested that the president occasionally wear a mask,” Alexander said.

“The president has plenty of admirers, they would follow his lead,” he added. “It would help end this political debate.”

Trump, who refuses to wear a mask at public events and in the past has mocked his rivals for wearing them, has signaled he wants to move on from the coronavirus crisis and focus on his re-election campaign.

Democrats including his November election rival Joe Biden have savaged the president for lack of leadership on pandemic mitigation.

Tuesday’s hearing focused in part on whether the United States can adequately prepare for tens of millions of children returning to school in the coming months despite the resilient pandemic raging in some states.

The American Academy of Pediatrics has advocated that the coming school year begin with students physically present in schools, arguing that children are less likely to become symptomatic or severely ill with coronavirus than adults.

Fauci himself said he feels “very strongly we need to do whatever we can to get our children back to school.”

He also said he was “cautiously optimistic” that a vaccine could be ready by the end of the year or early 2021.