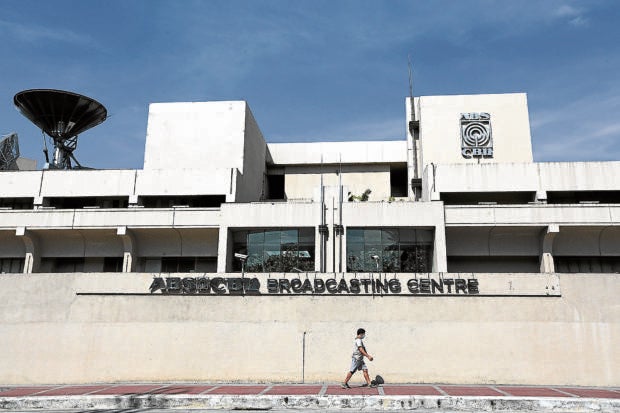 MANILA, Philippines — The Duterte administration is moving against ABS-CBN Corp.’s pay television and digital TV businesses, cutting off millions of viewers as it ramps up its attack on the media giant.

Amid the hearings on ABS-CBN’s franchise on Tuesday, the National Telecommunications Commission (NTC) ordered the company’s subsidiary, SkyCable Corp., to immediately stop its satellite TV service known as SkyDirect, which has over 1.5 million subscribers across the country.

In separate statements, SkyCable and ABS-CBN Network said they would comply with the government orders.

SkyCable noted that millions of Filipinos, who do not receive TV signal in remote areas, would be “deprived of access to the channels we carry that bring them news, information, education and entertainment.”

The NTC cited the expiration of the congressional franchises of SkyCable and ABS-CBN through Republic Act No. 7969 and RA 7966.

This is the latest move against ABS-CBN, one of the country’s largest media groups and a perceived critic of President Rodrigo Duterte.

The NTC ordered ABS-CBN off its free-to-air TV on May 5, a day after its broadcast franchise expired.

Before ABS-CBN’s case, however, the commission had allowed broadcast companies with lapsed franchises to continue operating while their renewal was pending in Congress.

Bills seeking the renewal of ABS-CBN’s franchise have also languished for years due to inaction by lawmakers.

SkyCable’s cable TV and broadband businesses, which has been steadily declining as viewers switched to satellite, are not affected by the June 30 cease-and-desist order.

The NTC issued SkyCable a provisional authority to install, operate and maintain direct broadcast satellite services in 251 cities and municipalities across the Philippines.

“Upon the expiration of RA 7969, SkyCable Corp. no longer has a valid and subsisting congressional franchise to install, operate and maintain a direct broadcast satellite service,” it said.

Moreover, the NTC told SkyCable to refund all subscribers for unconsumed credits, deposits on devices or advance monthly charges to customers.

It also directed SkyCable to explain in 10 days why its assigned radio frequencies should not be recalled.

SkyCable appealed to the NTC “to extend [it] the same privilege given in the past to other companies whose franchises have expired but are currently pending in Congress to continue its operations until a resolution is passed.”

It also committed to process refunds for customers.

ABS-CBN has a pending petition in the Supreme Court questioning NTC’s cease-and-desist order of May 5.

Bulk of revenue from TV ads

The network relies on TV advertising for the bulk of revenues, a business that has been severely affected by the new coronavirus pandemic.

Because it was told to stop airing in May, company president Carlo Katigbak said the network would start reducing its workforce of 11,000 starting August.

Apart from recurring expenses such as payroll, ABS-CBN has over P21 billion in long-term debt.

ABS-CBN said on May 15 that free-to-air advertising accounted for 50 percent of all revenues as of September last year.

It later said in a filing to the Supreme Court it was losing about P1 billion per month with the shutdown of its television business.

In its latest financial filing for the third quarter of 2019, ABS-CBN reported a 53-percent increase in profit to P2.27 billion from January to September. Advertising revenue alone rose 15 percent to P17.1 billion, partly bolstered by election-related spending.

Since it stopped TV broadcasts, ABS-CBN has ramped up its presence on internet platforms to deliver entertainment and news.

Its reach, however, is severely limited because large swaths of the country have no access to a stable internet connection. Internet costs are also prohibitive for many households.

Before the pandemic, TV had a monthly usage of 95 percent while the internet had 55 percent, according to data from third-party research firm Kantar Media.

—With a report from Patricia Denise M. Chiu