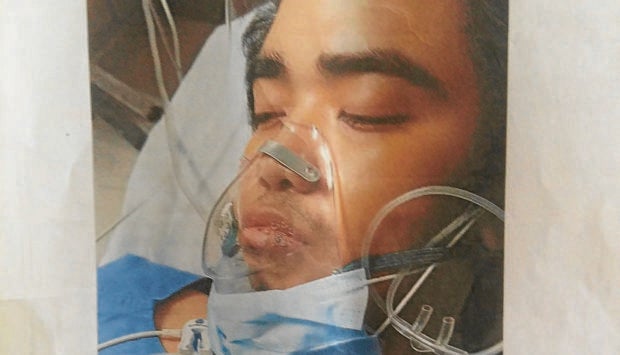 MANILA, Philippines — When Dave Advincula became sick on May 17, his parents took him to Makati Medical Center (MMC) where he was diagnosed with mild tuberculosis and sepsis, which causes the immune system to attack the body.

“The infection-causing bacteria hit my kidney and liver. Doctors could not say if it was caused by one of the foods I ate. My lungs are under observation,” the 23-year-old Advincula, a resident of San Andres, Manila, told the Inquirer.

He said he was initially diagnosed with urinary track infection at another hospital in Makati City after he experienced high fever, nausea and difficulty in breathing.

“I could have stayed in that hospital because its rates were cheaper. But it had no isolation room and my parents were worried about me getting the new coronavirus disease from other patients. So they brought me to MMC even though they did not know where they would be getting the money to pay my hospital bills. They just wanted me to be in good hands,” he added.

Advincula dropped out of school last year. He was in his third year, taking up multimedia arts at the CIIT College of Arts and Technology in Quezon City, when his grandmother got sick and had to be hospitalized for pneumonia, leaving the family cash-strapped. She eventually passed away.

After being discharged on June 2 from the hospital, Advincula was left with a medical bill of P900,000. He still has a balance of P540,000 and he also needs money for the eight types of maintenance medicine, including liver supplements and urine alkalizer, doctors prescribed for him. Advincula can be reached at 0997-9831743. Donations can be deposited in his aunt’s BDO account (Adelou Advincula, account no. 004510304423). INQ