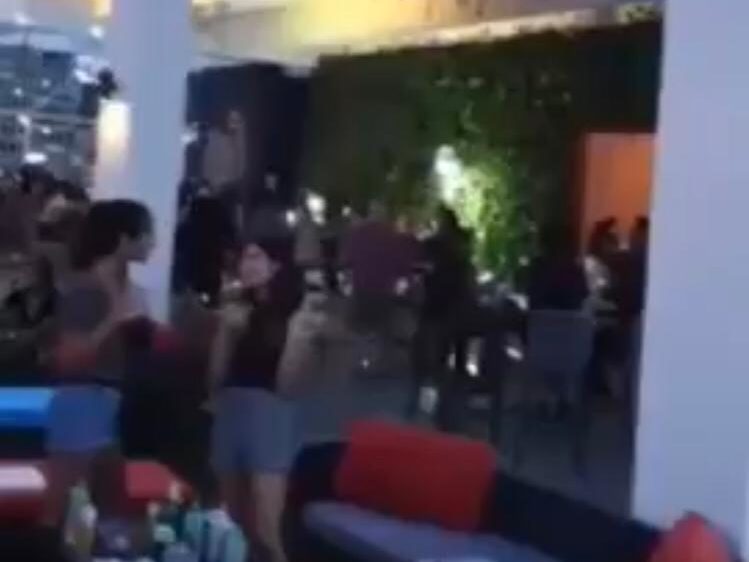 A screengrab of the video obtained by the Makati Police prior to the arrest of 100 individuals at a high-rise bar in Salcedo Village, Makati. Courtesy Maj. Gideon Ines, Makati Police, Investigation Unit

MANILA, Philippines — The Makati prosecutor’s office has ordered the release of 113 individuals who were arrested for alleged violation of quarantine protocols at a bar in Salcedo Village in the city.

Makati police chief Col. Oscar Jacildo said they already received the release order after the prosecutor’s office dismissed one of the complaints against the 113 arrested individuals.

(They said we did not substantiate the case that we filed which is the city ordinance which had no defined penalty.)

Jacildo was referring to the Executive Order 11 signed by Makati Mayor Abby Binay which enforces the general community quarantine guidelines.

The Makati police chief said the prosecutor’s office will investigate further the other case filed against the suspects which is Mandatory Reporting of Notifiable Diseases and Health Events of Public Health Concern Act.

Nonetheless, Jacildo said at least they reminded the residents about the quarantine protocols.

“Ayoko mangyari sa Makati yung another Cebu experience. At least we reminded them that they cannot do what they want,” he said.

(I don’t want Makati to experience what happened in Cebu. At least we reminded them that they cannot do what they want.)

To recall, 113 people, including television host KC Montero and his wife, were arrested at a restaurant bar in Salcedo Village, Makati City on Sunday afternoon for alleged violation of social distancing.