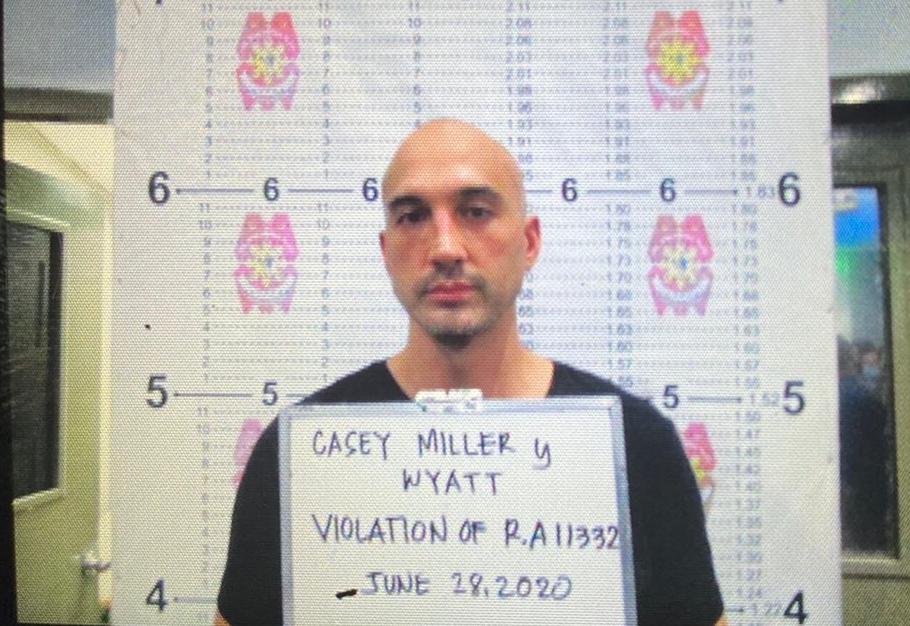 Actor and TV host KC Montero poses for a mugshot following his arrest in an operation of the Makati City police at a bar in Salcedo Village on Sunday, June 28, 2020. Around 100 individuals were also arrested in the operation. Photo from Makati City Police

MANILA, Philippines — Around 100 individuals including actor and TV host KC Montero were arrested by police in a bar in Salcedo Village in Makati City on Sunday.

In its report released Monday, the Makati City police said they received information that the bar “has several customers drinking and dining and violating the social distancing” amid the general community quarantine being implemented in Metro Manila.

Police officers then launched an operation at 5:35 p.m. Sunday that led to the discovery of the bar operation and “customers who were caught in the act drinking liquor in each table.”

They were brought to the Makati City Police Station for booking procedures and possible filing of complaint for alleged violation of the Republic Act No. 11332 or the Mandatory Reporting of Notifiable Diseases and Health Events of Public Health Concern Act.