Illegal drugs in parcels seized, turned over to PDEA 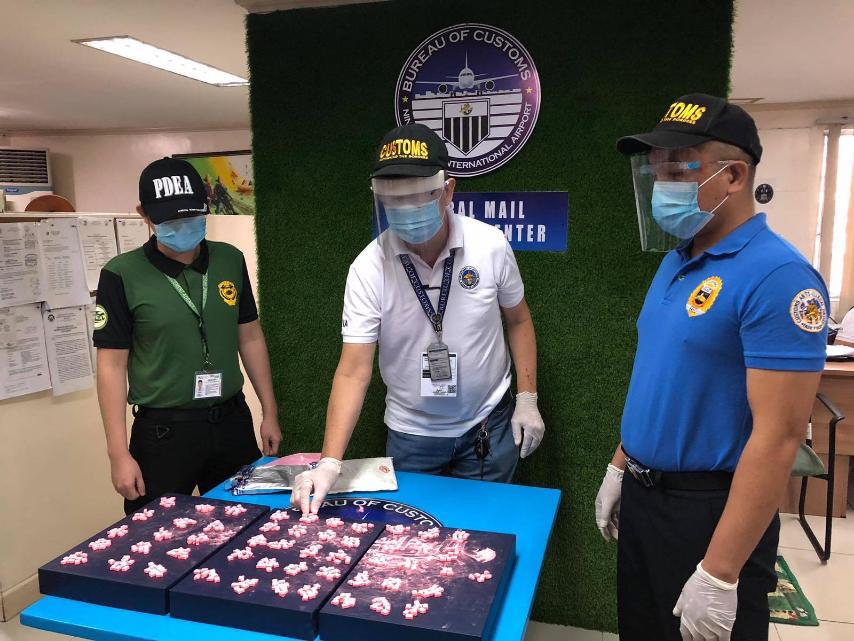 Bureau of Customs personnel present seized items from Central Mail Exchange Center in turnover of the evidence to PDEA on June 30, 2020. CONTRIBUTED PHOTO/PDEA

The parcels were discovered through random parcel profiling and K9 sweeping, PDEA said in a statement on Tuesday.

The three packages allegedly contained 547 grams of ecstasy, 28 grams of Kush estimated to be worth around P44,800 in street value, and 500 pieces of ecstasy tablets valued to be about P850,000, respectively.

PDEA said the first package was shipped from the Netherlands.

The second parcel was sent from the United Kingdom and was declared as “Adult Toys” but did not have any shipper and consignee name.

The third package, meanwhile, had no shipper details.

The said parcels were turned over to PDEA in compliance with the Republic Act 10863 or the Customs Modernization and Tariff Act. (Jim Mendoza, Trainee)