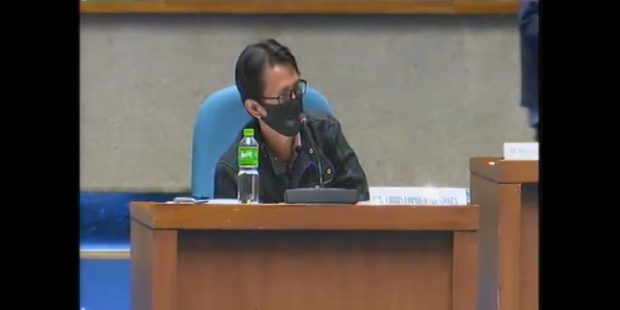 MANILA, Philippines — A former employee of ABS-CBN on Tuesday made an appeal to his former bosses to treat their employees fairly as the media giant worked to have its franchise application approved.

During the hearing on the broadcast network’s bid for another 25-year franchise, Christian Mendoza, a former audio man of ABS-CBN, joined other colleagues in detailing alleged unfair labor practices of the company.

Because of these supposed unfair labor practices, Mendoza said he decided to file a case against the network.

“Masama loob ko kaya nag-file ako ng case kasi hindi na makatao. ‘Yung turing nila bilang isang kapamilya, hindi ko maramdaman, ‘yun ang hinahanap ko (I felt bad so I filed a case because they treated us inhumanely. I did not feel that they treated us like family, I was looking for that),” he said.

(I hope that for the employees, for your new franchise, you fix all the wrongs. Please have mercy on your employees.)

He told his former bosses to fix the alleged anomalies in the network’s treatment of its labor force.

(For your new franchise, fix the mess. I never imagined that I would go to Congress if you haven’t treated me unfairly. I should not have been here, speaking against you.)

(Let’s fix it. I hope your apology to the President was sincere and that you are ready to make things right for your employees here and abroad.)

The former ABS-CBN employee also asked officials of the Department of Labor and Employment as well as lawmakers to “fix the system” and help laborers in their plights.

Mendoza recalled that as employee, some of them were made to work seven days straight, sometimes for a whole month.

They also had to do work that took more than one man to execute, he added.

Despite this, they were not made into regular employees.

Mendoza was among the over 100 workers who filed illegal dismissal cases in different batches and groups against ABS-CBN between 2009 and 2010.

He earlier revealed that they were threatened with losing their jobs if they would not drop their case against the network.

Despite this, Mendoza said their group was against the shutdown of ABS-CBN.

“I repeat: My group stands for ‘No to shut down.’ But we need and we are asking for justice for our removal in 2010,” he said in an earlier hearing.

Labor Undersecretary Ana Dione earlier said ABS-CBN has “fully complied” with general labor standards, occupational health and safety standards, and measures to ensure the security of tenure of its employees.

This was in reference to the order of the Department of Labor and Employment on Jan. 28, 2020 “dropping ABS-CBN as respondent” in the issues raised against it during an inspection it conducted from July to September 2018.

After that inspection, there was a series of mandatory conferences conducted to give ABS-CBN a venue to submit proof of compliance or submit employment records to disprove the alleged violations.