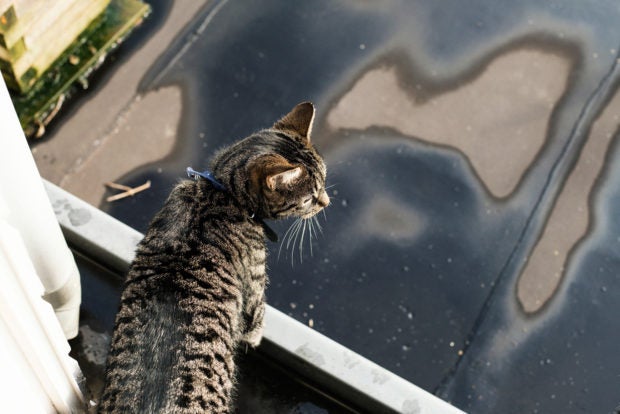 A cat was honored by police officers after she helped lead to the rescue of an elderly man who had fallen into a canal in Toyama City, Japan.

The female cat named Koko spotted the senior citizen lying on his back at the bottom of the waterway on June 16. The canal was 60 centimeters wide and 40 centimeters tall and had water that was about 15 centimeters deep, as per Kyodo News via the South China Morning Post last Sunday, June 28.

A 77-year-old woman later found the cat and realized that she was staring at the man. She then called her 48-year-old daughter, who quickly went to help the old man.

Shortly after, Koko’s 45-year-old owner, Tomoko Nitta, and her 20-year-old and 18-year-old sons helped the daughter carry the man out of the canal.

According to the report, the senior citizen only sustained scrapes from the incident.

Days after, the Toyama Minami police station honored the five neighbors and Koko on June 27. The group received certificates of commendation while Koko was given cat food.

Nitta also expressed how proud she was of her pet cat. “I want to tell her well done, as (her discovery of the man) led to his rescue,” she said.