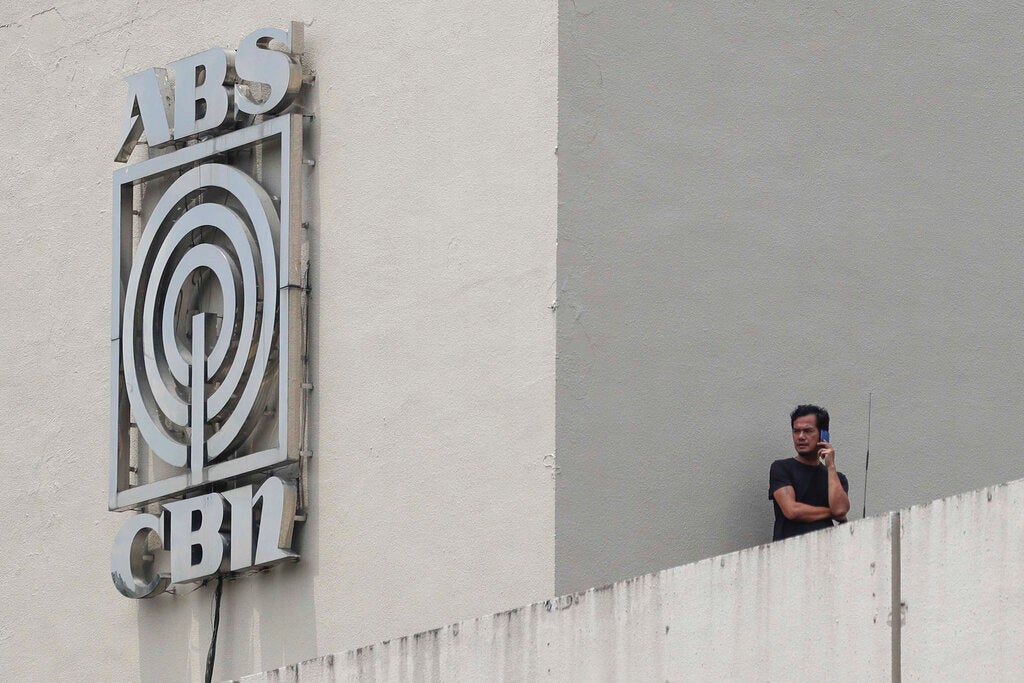 A man stands next to a logo at the headquarters of broadcast network ABS-CBN Corp. on Wednesday May 6, 2020 in Manila, Philippines. (AP Photo/Aaron Favila)

MANILA, Philippines — The classification of employees in ABS-CBN is legal under the Philippine labor laws, a legal representative of the broadcasting giant said Tuesday.

During the House hearing tackling the franchise renewal of ABS-CBN, Parañaque City 2nd District Rep. Joy Tambunting asked if the Department of Labor and Employment (Dole) has ever prohibited the network from having “program employees” or “independent contractors.”

Previously, it was revealed that ABS-CBN classified their employees as “regular,” “program” or “independent.”

“There was never an instance that the Department of Labor [and employment] has found these illegal,” Atty. Josabeth Alonso, a legal representative for ABS-CBN answered Tambunting’s query.

Alonso even said that Dole’s policy instruction no. 40 defined that there are two kinds of employees in the broadcasting industry.

“One of which are studio employees and the other set would be called program employees,” Alonso said.

The lawmaker later agreed with Alonso, saying: “Precisely it has not been declared illegal because having project employees, program employees and independent contractors are legal under our laws.”

“It is because our labor laws recognize different kinds and forms of employment,” Tambunting added.

Dole Undersecretary Ana Dione, during Monday’s House hearing, said that ABS-CBN had “fully complied” with labor standards, occupational and health safety standards, as well as measures to ensure the security of tenure of its employees.