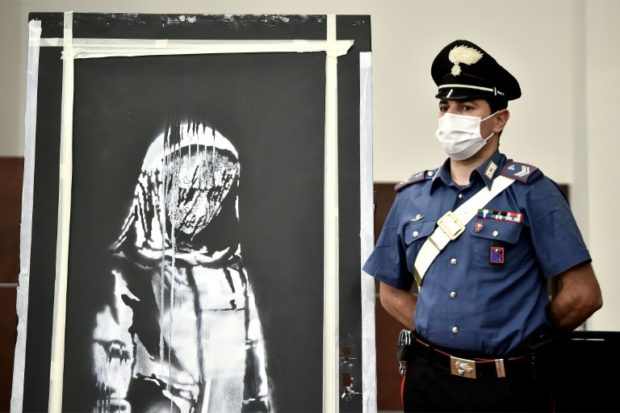 The stolen artwork by Banksy was found in Italy earlier this month. (AFP Photo)

PARIS — Six people have been arrested in France over the theft of an artwork by street artist Banksy commemorating the victims of the 2015 Paris attacks that was stolen from the Bataclan concert hall, sources said Saturday.

The suspects were arrested across France this week after the artwork, an image of a girl in mourning painted on one of the Paris venue’s emergency doors, was found in Italy earlier in the month, judicial and police sources told AFP. 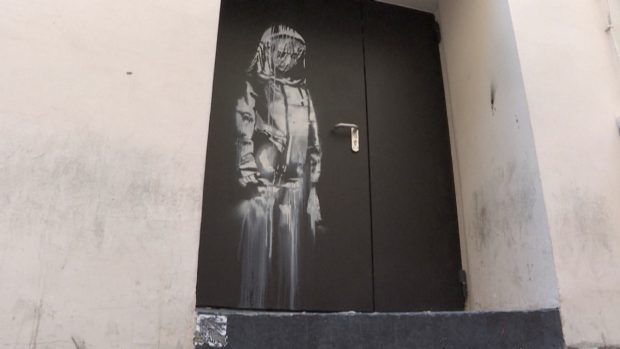 The door with the artwork was cut out and taken in January last year at the Bataclan, where Islamic State gunmen massacred 90 people in 2015.

French and Italian police said on June 10 this year that they found the work in an abandoned farmhouse in Italy’s central east Abruzzo region.

One of the French policemen who intervened in the 2015 Bataclan attack was present when the door was found and was overcome with emotion, according to the French crime unit. 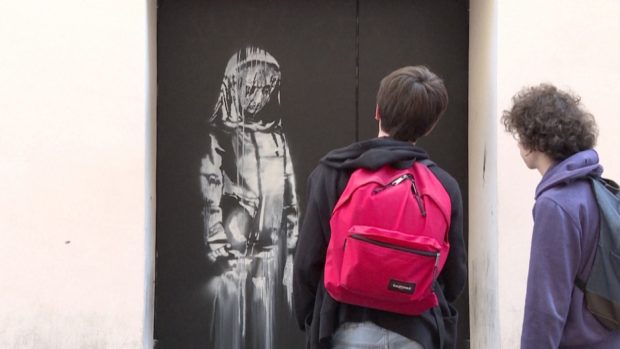 Works by Banksy, known for its distinctive style, irreverent humor, and thought-provoking themes, have been found on walls, buildings, and bridges from the West Bank to post-Hurricane Katrina New Orleans.

At auction, they have sold for more than $1 million.