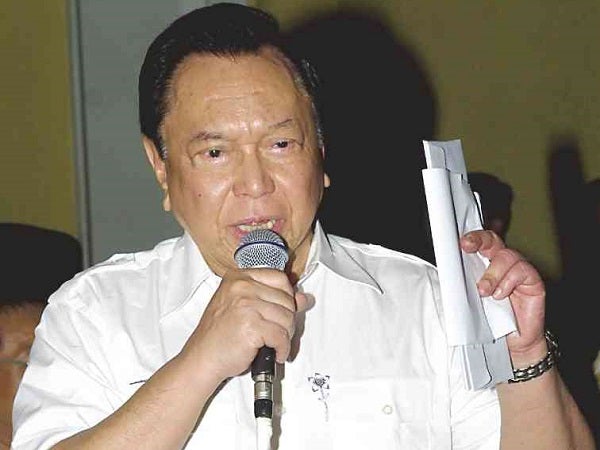 CEBU CITY—One of the local leaders who fought against the dictatorship in the 1980s lost his battle against COVID-19.

Antonio Cuenco, who won a seat in the City Council last May 2016 elections, died on Saturday afternoon in a private hospital due to complications from the new coronavirus. He was 84.

His death was announced by his son, James, on his Facebook page past 6 p.m.

“Today, a great man has passed on. What is very shocking is the manner and the suddenness of his passing,” he wrote.

“It happened so fast and has left us very shocked to realize that the good man that we have had the opportunity to have as our father (with my siblings Ronald, Antonio Jr. and Cynthia) and a good husband to my mother, Nancy, is gone,” he added.

He started exhibiting symptoms of COVID-19 last June 18 when he developed mild fever and coughing. He was tested positive two days later.

He stayed home and even attended the virtual session of the city council on June 24.

But the next day, he was brought to the hospital.

On Saturday afternoon, talks began circulating on social media that the councilor had died due to COVID-19.

But James denied this, saying his father was still fighting.

At about 6 p.m., James went on Facebook to announce his death of his father, the first city official to have contracted and died of COVID-19.

“There will be time enough to remember the many things that he dedicated his life to, for our country and for our beloved City. But for now, I wish to request that we be given our space to lay him to rest and to grieve in his untimely passing,” said James.

“Go with God, dad. And may you be in his loving embrace forever. Till we see each other once again,” he added.
Cuenco, a lawyer, was only 29 when elected congressman when he represented Cebu City from 1965 to 1969.

He also served the Batasang Pambansa from 1984 to 1987 and was one of the local leaders who went to the streets to fight against the Marcos dictatorship and supported the claim of Cory Aquino to the presidency following the snap elections.

Cuenco is one of the principal authors of the Comprehensive Dangerous Drugs Act or Republic Act 9165.