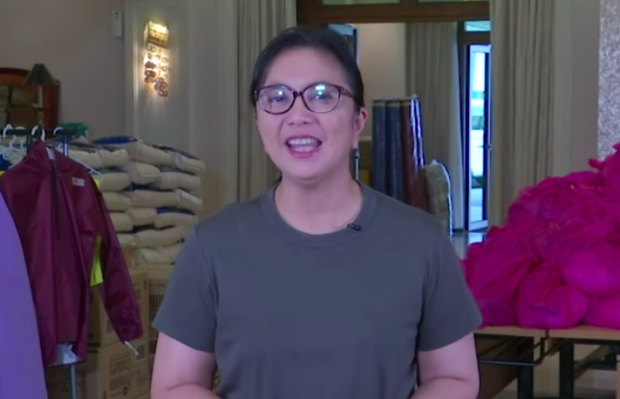 MANILA, Philippines — Vice President Leni Robredo had a friendly advice for those who associate themselves with the Lesbian, Gay, Bisexual, Transgender, Queer, Intersex, Asexual, and other orientation (LGBTQIA+) community on the celebration of this year’s Pride Month, one that they all can understand:

Indeed, the jargon, which means to continue working hard, to continue hustling, has been long associated with the LGBTQIA+ community.  But the message from Robredo carries a heavier note, which is not to stop dreaming for a society where such relationships are normal and accepted.

(I know, a lot of you are frustrated with a lot of things and events today.  It seems it is still hard to convince people that it is the time to be progressive, to embrace diversity, to stop from using old mindsets.  I understand this, but I hope you do not get tired.)

The Pride Month, which starts near the end of June, is celebrated as a way to pay homage to the Stonewall Riots — a series of uprisings in New York, United States in 1969 led by LGBT members protesting police raids that were described as heavily anti-gay.

Robredo said that the COVID-19 pandemic, which disrupted normalcy all around the world, should not be a cause for the LGBTQIA+ community to stop seeking for equality and human rights, especially since Pride has always been associated with protest and activist movements.

(A lot of worries and uncertainties surround the world today.  In just a snap, our lives were changed.  Many of the things we once cherished and held on to are now being questioned and challenged.  But despite this, there are a lot of things that have not changed and should still be continued: like fighting for equal rights, dignity, and freedom.)

(In building a post-COVID-19 world, let us not waver in our fight: continue engaging, and do not grow tired of taking the stage.  We can start with small yet concrete steps.  Help those whom you can help, reach out to friends, build support groups, explain things to your relatives including parents.)

But after Robredo delivered her message, reports circulated that at least 20 protesters taking part in the Pride March were arrested in Mendiola, for allegedly violating quarantine restrictions.

However, groups noted that the protesters were maintaining physical distancing, while activist group Anakbayan claimed that the police were using the Bayanihan to Heal As One Act as basis for the violations — even if the law has already expired.

In the Philippines, the LGBT community has faced a lot of issues despite having so many personalities who have identified themselves as part of the movement.  However, recent developments have shown strides in the way the public accepts the said community, with a push for the enactment of the Sexual Orientation and Gender Identity Expression (SOGIE) Equality Bill.