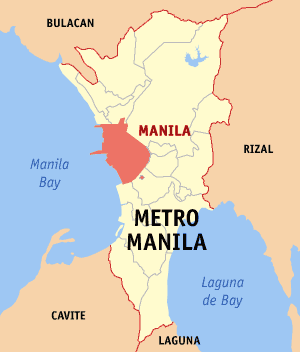 MANILA, Philippines — Activist group Anakbayan has questioned the arrest of Pride March protesters in Mendiola, Manila, saying that police officers based the arrest on the alleged violations of the Bayanihan to Heal As One Act, a law that is already expired.

The group explained on Friday that the arrested protesters were actually observing physical distancing to avoid local coronavirus transmissions, but were accosted anyway for allegedly violating Republic Act No. 11469 despite the law being not effective anymore.

According to Anakbayan spokesperson Alex Danday, it was even the police officers who were violating the distancing provisions.

“The protesters observed proper physical distancing and wore face masks throughout the mobilization. Despite the expiration of the Bayanihan to Heal as One Law, the police repeatedly cited social distancing violation, however devoid of conviction, as the motivation for the overkill arrest,” Anakbayan said.

“They pose social distancing protocol enforcement as their motivation, but what’s consistent across cases of arrests is the fact that it is the police who closed in on so-called ‘violators,’ which in turn, violates social distancing. Shouldn’t the police be the ones arrested?” Danday asked.

Aside from Anakbayan and other activist groups, the Commission on Human Rights (CHR) Gender Equality and Women’s Human Rights Center (GEWHRC) also condemned the arrest, noting that authorities cannot disallow the pride movement, which has origins from protest, from speaking out on oppressive measures like the Anti-Terrorism Bill.

(The history of Pride is a history of protest.  This cannot be separated from other issues that society is facing, like the oppressive Anti-Terrorism Act and the hardships brought by the crisis.)

(The CHR GEWHRC is calling on the immediate release of the arrested protesters, and to uphold their right to free speech and deliver their grievances to the government.)

Earlier, at least 20 protesters denouncing the Anti-Terror Bill were arrested along Morayta street while on the way to Mendiola.

CHR said that they have deployed a quick response team to investigate and document the incident, as it is important to identify the circumstances that the arrested individuals went through.

(With the dispersal and the arrest happened earlier, the CHR-National Capital Region immediately sent a Quick Response Team to investigate and document the events.  We continuously monitor the situation and continue to uphold human rights.)

(With the events today, there is a pressing need to document issues of violence and protect the narratives of those in the LGBTQI+ community during these times of crisis, and to look at how these experiences would form part of the continuous fight for people on the sidelines.)

This is not the first incident where people from militant groups were arrested, either while doing protest movements or when doing outreach activities.

But before a series of protests during the recent Independence Day, the National Union of People’s Lawyers (NUPL) insisted that arrests cannot be done for people gathering to protest a specific issue, as the Bayanihan Law did not include any provision making mass gatherings illegal.