MANILA, Philippines — Protesters calling for the junking of the anti-terror bill were arrested along Morayta Street in Manila on Friday morning, theManila Police District said. 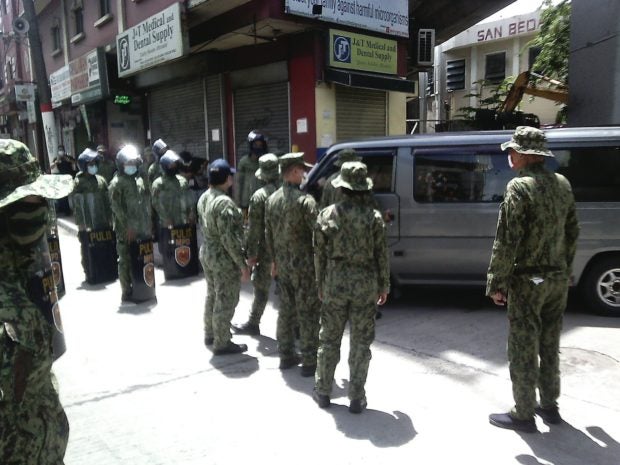 In a separate text message, Capt. Arnold Echalar, MPD General Assignment Section chief, said the arrested rallyists will face complaints of non-cooperation, illegal assembly and resistance and disobedience to a person in authority.

In a tweet, Gabriela Youth condemned the arrest of the rallyists, who were carrying placards and rainbow flags while protesting against the controversial anti-terror bill.

The women’s group said the protest was part of a Pride March, which is a celebration for the Lesbian, Gay, Bisexual, Transgender, Queer, Intersex, and Asexual community every month of June.