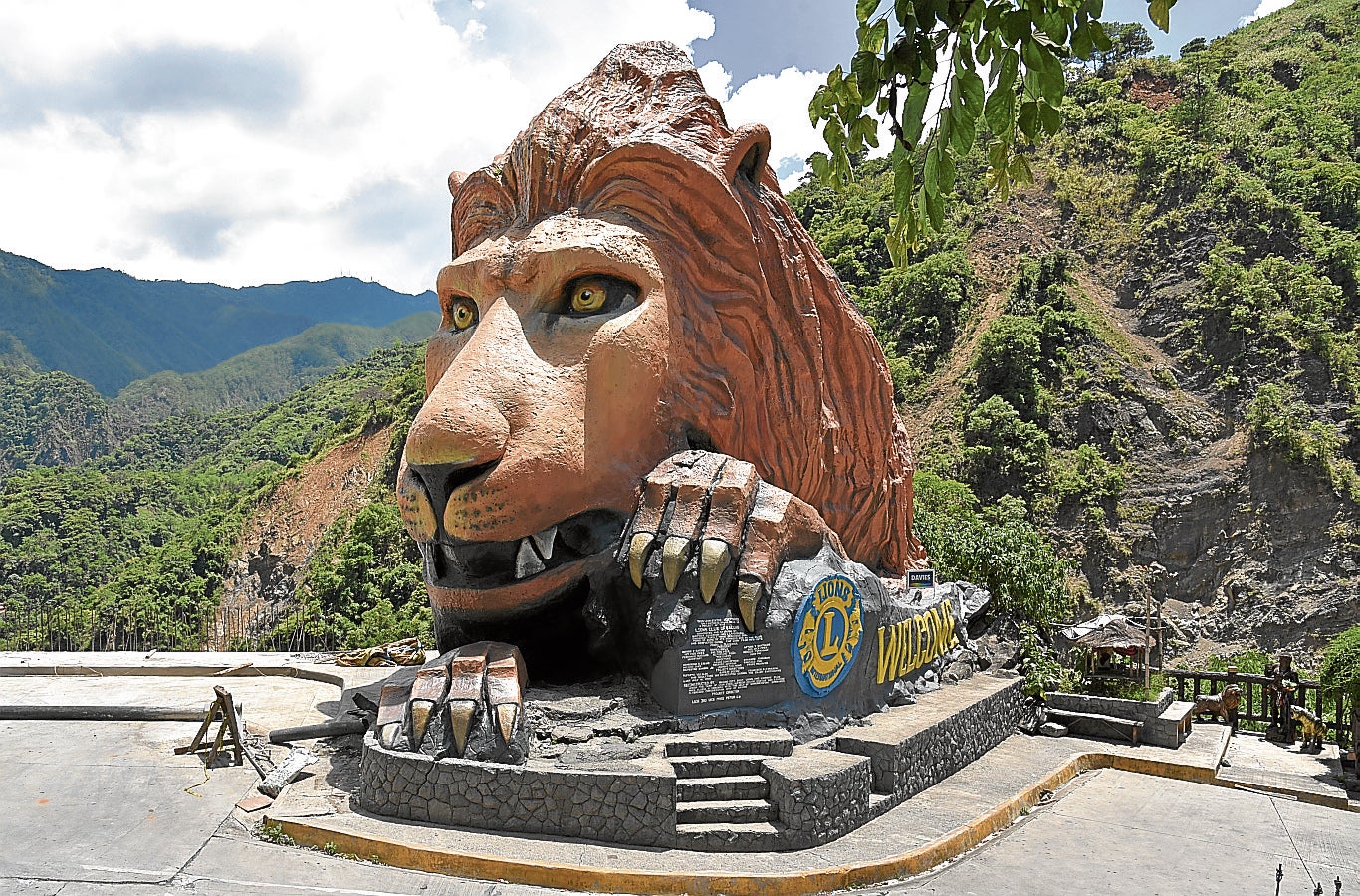 WAY AHEAD The Lion’s Head is the most memorable landmark of the century-old Kennon Road, which has been plagued by fragile rock walls that have worn out due to human activity. —EV ESPIRITU

BAGUIO CITY—The rock walls along Kennon Road have become “too unstable” and can easily collapse without strong rain, making the shortest route to this city dangerous for travelers during the monsoon season, a government geologist said on Thursday.

Benigno Espejo, acting Cordillera director of the Mines and Geosciences Bureau, said engineers may need to bring down some of the boulders sitting precariously near the edge of the mountains.

As of Thursday, the road had been closed to regular traffic by Task Force Kennon Road, heeding the latest geological evaluation.

Several stretches of the century-old road, which was designed and built when the American colonial government built this city at the start of the 20th century, now pose a threat to houses along the Bued River floodplains, said Albert Mogol, Cordillera director of the Office of Civil Defense.

These houses are in the path of landslide debris flow and several agencies have discussed the problem with homeowners there.

A main concern is the fragile walls of the mountain a few meters below the iconic Lion’s Head, Espejo said during a virtual presser arranged by the Cordillera Disaster Risk Reduction and Management Council (CDRRMC).

The temporary closure of the road takes cognizance of the need to keep commerce operating among communities living in the Baguio section and the boundary of neighboring Tuba town, Benguet province, given the impact of the quarantine imposed to halt the spread of the new coronavirus disease (COVID-19) pandemic, Mogol said.

Many residents still work or trade in Baguio and will need unhampered access through Kennon Road, he said.

But once engineering remedies have been employed, owners of houses on mountaintops or along riverbeds that are vulnerable to landslides have agreed to relocate, Mogol said.

Repairs set“We plan to blast the dangerous boulder areas, but we need to secure a waiver from families there that government engineers would not be liable should they refuse to leave when a rockslide eventually occurs,” Mogol, also CDRRMC chair, said.

Repairs have been undertaken in eight sections of the road using a P6.3-billion allocation for damage caused by Typhoons “Ompong” and “Rosita,” and may be completed by September, according to the Department of Public Works and Highways.

Designed to ease travel to this city, the road was considered an expensive undertaking for the American government. When the Luzon earthquake struck the city in 1990, geologists mapped out hundreds of weak spots along the road that required massive engineering support. —VINCENT CABREZA