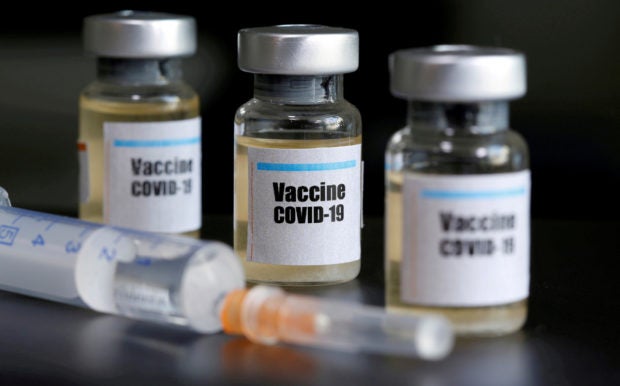 BEIJING — China reached an important new level of vaccine development with the start of the phase three clinical trial of an inactivated vaccine candidate against COVID-19 in the United Arab Emirates on Tuesday.

It is the first vaccine of its kind to reach a late-stage, mass-scale human trial, according to China National Biotec Group.

The Institute of Microbiology of the Chinese Academy of Sciences said in a statement on Tuesday that Chinese authorities approved the phase one trial of the nation’s first recombinant protein vaccine against COVID-19 on Friday.

The recombinant protein vaccine is the nation’s third type of vaccine, after an adenovirus vector vaccine and the inactivated vaccine, to enter clinical trials in China, the statement said.

The Wuhan and Beijing units of the CNBG each developed an inactivated vaccine candidate, and one or the other of these vaccine candidates were tested on a group of 2,240 people during phase one and two clinical trials, the CNBG said.

The Wuhan vaccine was found to be effective and safe, with no serious adverse effects, according to trial results published on June 16.

Various dosages and timings were tried. Those who received two doses at an interval of 28 days, all in the 18 to 59 age group, tested positive for neutralizing antibodies against the novel coronavirus.

The Beijing vaccine’s test results will be published on June 28, the CNBG said on Tuesday. The UAE Ministry of Health and Prevention has approved the phase three trials, though it is unclear which vaccine will be used.

As for the recombinant protein vaccine, the Institute of Microbiology said in the statement that it has been shown to be safe and effective in animal tests and is easy to mass produce.

China’s recombinant protein vaccine candidate has been jointly developed by the Institute of Micro－biology and Anhui Zhifei Longcom Biopharmaceutical. The United States, Israel, Japan, Argentina, Thailand and other countries are working on similar recombinant vaccines, according to the World Health Organization.

This type of vaccine is known to provide very strong protection and is safe even for people who are immuno-compromised, the United States’ National Institutes of Health said. Common recombinant vaccines include those against hepatitis B, influenza, whooping cough and human papillomavirus or HPV.

Some recombinant vaccines, however, require booster shots for ongoing protection. They also need added substances to enhance the immune response, the NIH said.

The novel coronavirus uses its spike protein to bind to ACE2 receptors on human cells and subsequently infect them. Therefore, scientists have chosen to focus on the spike protein as one of the major targets for vaccines and therapeutics.

The Institute of Microbiology said its recombinant protein vaccine has been tested on mice and rhesus monkeys and shown to produce highly potent virus neutralizing antibodies.

It also said the viral load in the test animals decreased noticeably, reducing the virus’ damage to lung tissues. Moreover, the process used to manufacture the vaccine can be upgraded to industrial scale, resulting in high production output, low cost and relatively strong practicality.

However, the institute stressed that much work still has to be done in human trials before the vaccine could reach the market.

As of Monday, the WHO had recorded around 142 candidate vaccines in development around the globe, 13 of which have entered clinical trials. The AZD1222 vaccine candidate, created by researchers from the University of Oxford and biotech company AstraZeneca, entered concurrent phase two and three trials in the United Kingdom in late May.

In mid-June, US biotech company Moderna finalized its protocol for the phase three trial of its COVID-19 nucleic acid vaccine candidate mRNA-1273.

Chinese scientists and companies have tested six potential vaccines in clinical trials in China, including one vector, four inactivated and one recombinant protein vaccine.

Two Chinese vaccine developers, CanSino and Sinovac Biotech, have previously announced they plan to conduct phase three clinical trials of their products and related research in Canada and Brazil, respectively.

Read Next
Quezon town health worker infected with COVID-19
EDITORS' PICK
A gem of a residence in the new normal
Been there, done that but what’s the difference between MECQ and GCQ?
BREAKING: 3,226 latest COVID-19 cases bring PH’s total to 106,330
Water remains our saving grace right now
PNP: Checkpoints back in MECQ areas
Smart 5G goes live
MOST READ
MECQ guidelines in infographics
Doctors group to Duterte: ‘There was never a call for a revolt’
MECQ in NCR, other areas: Mass transportation suspended, quarantine pass required anew
Corruption during pandemic? Don’t blame it all on Duterte – Pacquiao
Don't miss out on the latest news and information.