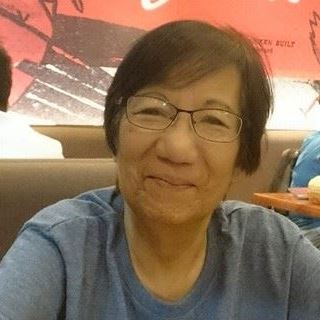 Acclaimed Filipino novelist Lualhati Bautista slammed the Duterte administration anew following the president’s claim that terrorism is the biggest threat to the country amid the health and economic crises.

Bautista pointed out that the country has much bigger problems at the moment than terrorism, which the government is trying to address through the controversial Anti-Terrorism Bill. President Rodrigo Duterte declared in his public address last Monday, June 22, that terrorism is “the number one threat to the country,” with the New People’s Army as the government’s “high value targets.”

(Terrorism is the country’s number one problem, according to Duterte. Can you please look outside your sanctuary for once?)

Further stressing her point, Bautista listed down issues she would rather have the government solve first before prioritizing terrorism, such as the ongoing COVID-19 pandemic and the plight of underprivileged Filipinos trying to make ends meet in these dire times.

(Look at our stranded countrymen who cannot go home because they do not have money to buy tickets, the drivers who resorted to begging for alms, those who have nothing to ride, nothing to eat, those who die of starvation and sickness, and the continuous spread of COVID-19.)

Bautista underscored that the people are indeed terrorized, albeit by these said factors and not by the ones the government is trying to quell through the Anti-Terrorism Bill.

(Yes, society is indeed terrorized but because of those situations, which are the results of your refusal to tighten the entry into the country of your Chinese friends, who, by the way, brought the disease here and who, by the way again, are continuously stealing our seas and livelihood.)

(Is it enough for you to tell us that we are already in this situation and we cannot do anything about it? We have really been defeated because of you, Mr. President. Utterly defeated!)

This is not the first time Bautista criticized the government in public, however, as she is among the many personalities in the country protesting against the Anti-Terrorism Bill.