LOOK: Golden bangus found in Dagupan turned over to gov’t 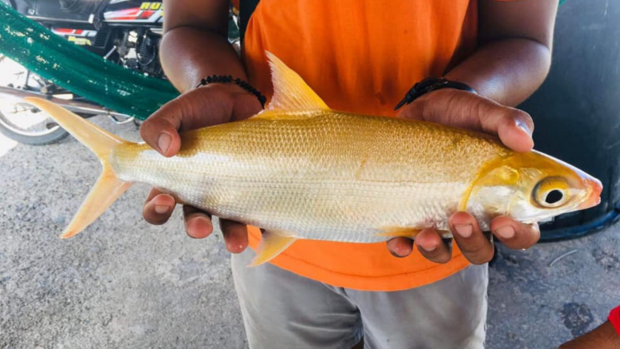 A rare golden bangus (milkfish) found in Dagupan City was transferred to the Bureau of Fisheries and Aquatic Resources (BFAR) last Friday, June 19.

Prior to being given to Rosario and the bureau, the rare bangus was taken care of by Rommel Felomino. He spotted the fish in a fishpond he rented for other non-bangus fishes in Barangay Carael last July. Felomino told INQUIRER.net that it was still unclear how the bangus had ended up in the pond. 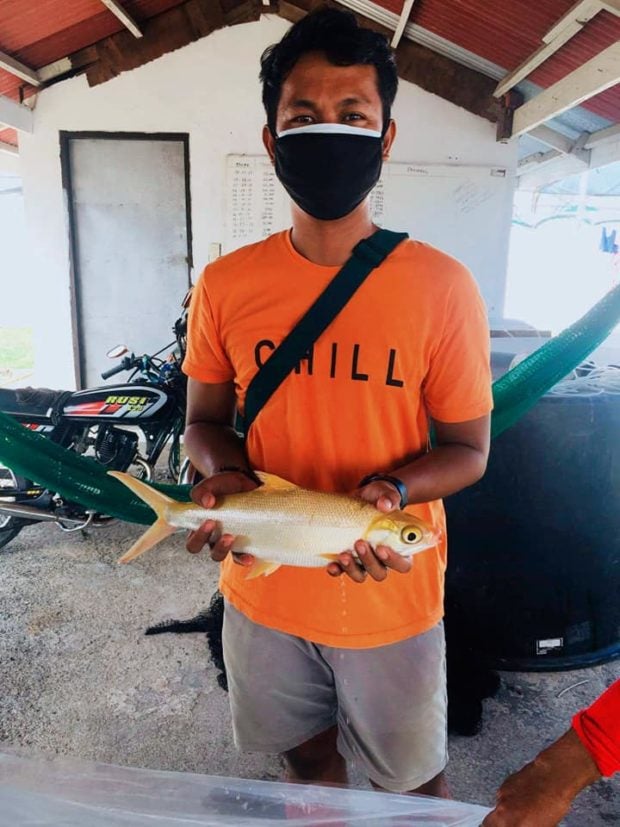 He also noted that he and his father, who also looked after the pond, initially thought it was simply a koi fish and did not bother about it. When they later realized it was a golden bangus, they contacted the BFAR and decided to place it under the agency’s care.

As to why the bangus has a rare golden hue, Rosario and Filomeno both explained that it was probably an abnormality in its pigmentation. They also likened it to albinism in mammals.

“It is a phenomenon that needs evaluating,” Rosarios added. “Could be albinism, but may not be true albinism.”

Albinism is a congenital disorder characterized by the absence of pigmentation in the skin, hair and irises, according to National Geographic.

Felomino stated that the golden bangus currently weighs about 800 grams and is around 15 inches long. Meanwhile, the gender of the fish can only be determined when it is 5 years old. 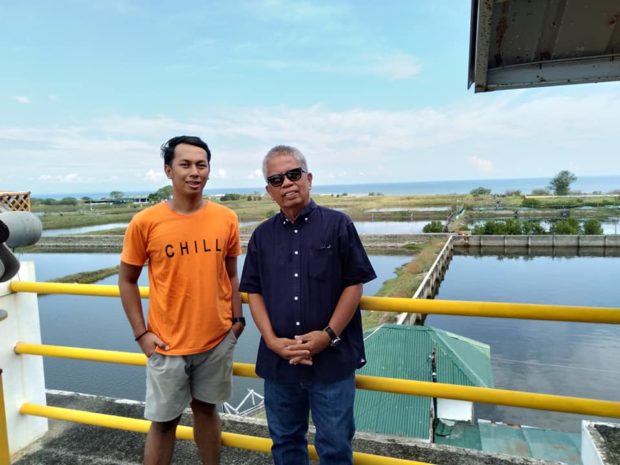 After handing over the bangus, Filomeno hopes that the bureau can successfully breed it. The rare fish is kept in a hatchery reservoir at the bureau, where others can look at it from a safe distance.

This the second golden bangus to be documented in the Philippines. The first one was found back in 2012 and was also placed under the care of the BFAR and Rosario. However, it died in June of the same year likely due to a lack of dissolved oxygen in its pond.

“The pond where the bangus was lodged was continuously pumped with sea water. But there was a problem with the pump’s water intake [valve] which was filled with sand, so water could not enter the pond,” Rosario said at the time.

He also noted that some people consider the golden bangus a lucky charm.  /ra

LOOK: Zebra gives birth to ‘zonkey’ after mating with donkey