China has an ‘obligation’ to join nuclear arms talks — US 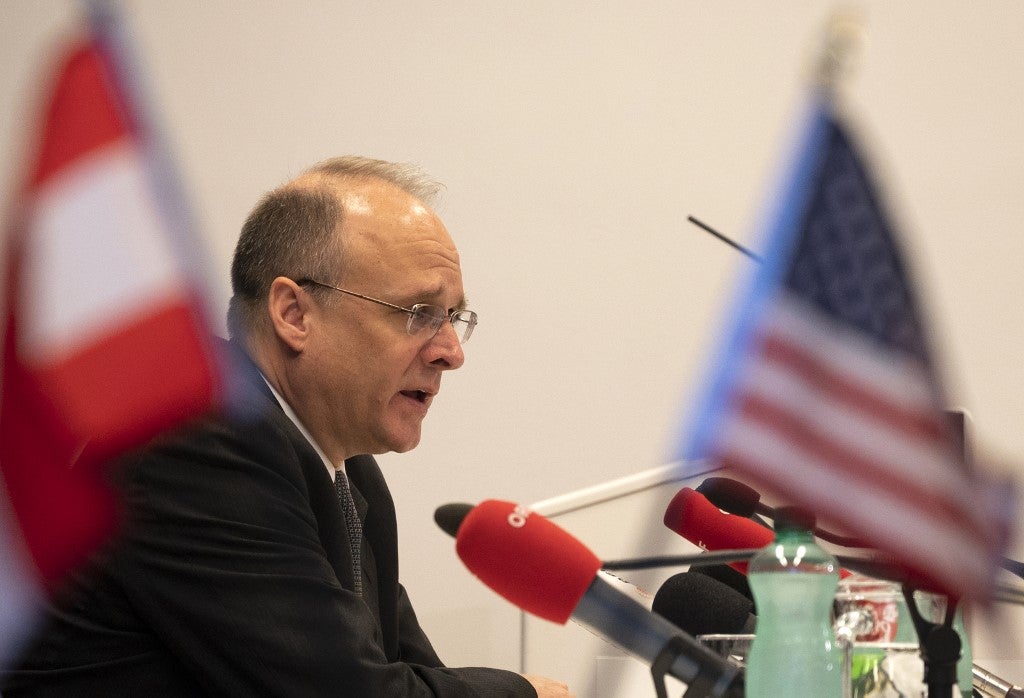 Marshall Billingslea, US Special Presidential Envoy for Arms Control looks on during a press conference on June 23, 2020 in Vienna after the US and Russia met for talks on their last major nuclear weapons agreement. – US and Russia held talks on expiring New START treaty against a backdrop of growing tensions and differences over whether they see any value in arms control at all. (Photo by JOE KLAMAR / AFP)

VIENNA, Austria — Beijing has an “obligation” to join Washington and Moscow at negotiations to replace a nuclear disarmament treaty, the United States said Tuesday, a day after talks with Russia in Vienna.

“They (China) have an obligation to negotiate in good faith with us and the Russians,” American envoy to the negotiations Marshall Billingslea told reporters.

“They stood up not just the United States and Russia but they stood up the entire world,” he said.

On Monday American and Russian delegations met in Vienna to discuss the New START treaty, which limits each side to 1,550 deployed nuclear warheads but which is due to run out in February.

US President Donald Trump has insisted China should be involved in the talks, but Beijing has shown no interest in taking part.

Billingslea said another round of negotiations could take place towards the end of July but admitted it could once again be restricted to Washington and Moscow and didn’t rule out an extension of the bilateral accord.

“The Russian Federation did not agree with my request to pressure China to join as a responsible party into these talks, but they also… are not opposed to China joining,” Billingslea said.

However, on Tuesday the Russian envoy to the talks Deputy Foreign Minister Sergei Ryabkov said it was “unrealistic to count on China’s participation”.

Billingslea said the American delegation “had the opportunity to spend a great deal of time presenting detailed intelligence — the first time in fact in recent memory that we have done so with Russia — regarding… the destabilising and worrisome crash programmes of third parties,” Billingslea said, in another oblique reference to China.

He said that the US delegation had been left with the “clear impression” that Russia would favour a multilateral format that would include European nuclear powers France and the United Kingdom.

The US would not rule out this prospect, Billingslea said, but stressed that “the United Kingdom and France are in a very different situation than the arms-racing Chinese”.

He also confirmed that the US delegation had put out Chinese flags in the negotiating room before the Russian delegation arrived.

Shortly before talks started on Monday, Billingslea tweeted a picture of an empty negotiating table decked with Chinese flags, prompting a scornful reaction from Chinese diplomats.

Experts say the Trump administration’s insistence that China should be a part of the talks casts doubt on whether it is serious about reaching an accord.