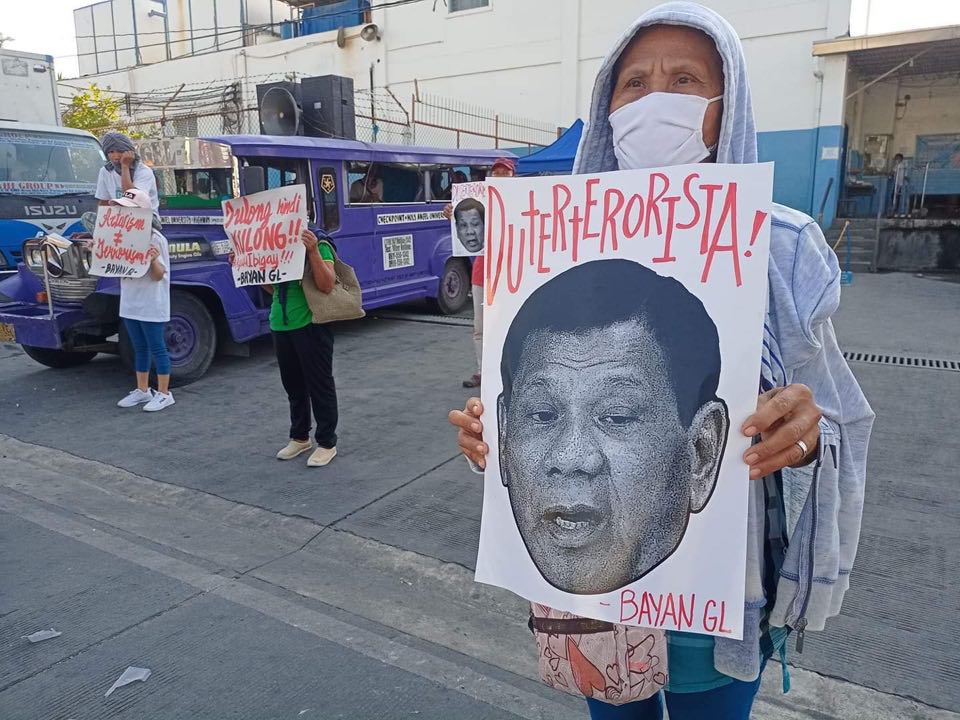 Activists from Bagong Alyansang Makabayan chapter in Central Luzon gather at the Nepo Quadrangle in Angeles City on Monday (June 22) to protest the anti-terror bill. They were immediately stopped by police for reportedly failing to get a rally permit. PHOTO FROM BAYAN CL

ANGELES CITY-Police here stopped the assembly of 30 activists protesting the anti-terror bill at the Nepo Quadrangle on Monday afternoon (June 22).

The protesters unfurled streamers and held placards on the street instead.

Bayan CL chair Pol Viuya condemned the police, saying that stopping the rally was a “violation of the right to expression.”

Viuya said that if the police were behaving this way prior to the signing of the bill by President Rodrigo Duterte, it could “behave for the worst when the bill is passed into law.”