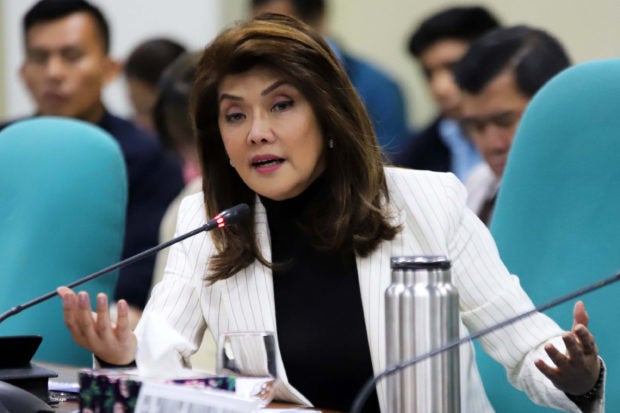 In a statement, Marcos said complaints reaching her office, mostly from call center employees, claimed that they have not received their salaries for the last two to three months.

Other compaints,  Marcos said, focused on unreimbursed costs for electricity and wifi access of night-shift employees working from home, extended home-based work shifts with no extra pay if system tools break down, and forced leave on maternity credits without assurance of being rehired.

Some workers, who have been laid off, have also allegedly been denied separation benefits, the senator added.

“The complaints are not just coming out of smaller call centers but also from top-listed companies that were earning billions in annual income. One even reportedly cut its workforce to less than half,” Marcos, who heads the Senate Economic Affairs Committee, said.

“As stated in Labor advisories 9 and 17 this year, flexible work arrangements should go through employee consultation and be reported by companies to the nearest DOLE office with jurisdiction over the workplace,” she added.

“Companies must also provide adequate support for those working from home, according to number 17, which also echoes the Labor Code on separation pay and benefits,” she added.

Marcos called on DOLE to closely monitor corporate compliance “since labor abuse during the pandemic may be more widespread than just within the BPO industry.”

“BPO’s must take care of their employees in anticipation of a bounce-back in business post-COVID, as companies in other sectors will turn to outsourcing services to cut costs,” Marcos said.

Earlier, DOLE projected a resurgence in the BPO industry amid the pandemic.

DOLE: BPO industry to bounce back with new investment opportunities

Marcos noted that the BPO industry’s contribution to the country’s economy has grown from a mere 0.7 percent of gross domestic product in 2000 to an estimated 12 percent in 2019.