Lenin statue to be unveiled in west Germany after legal battle 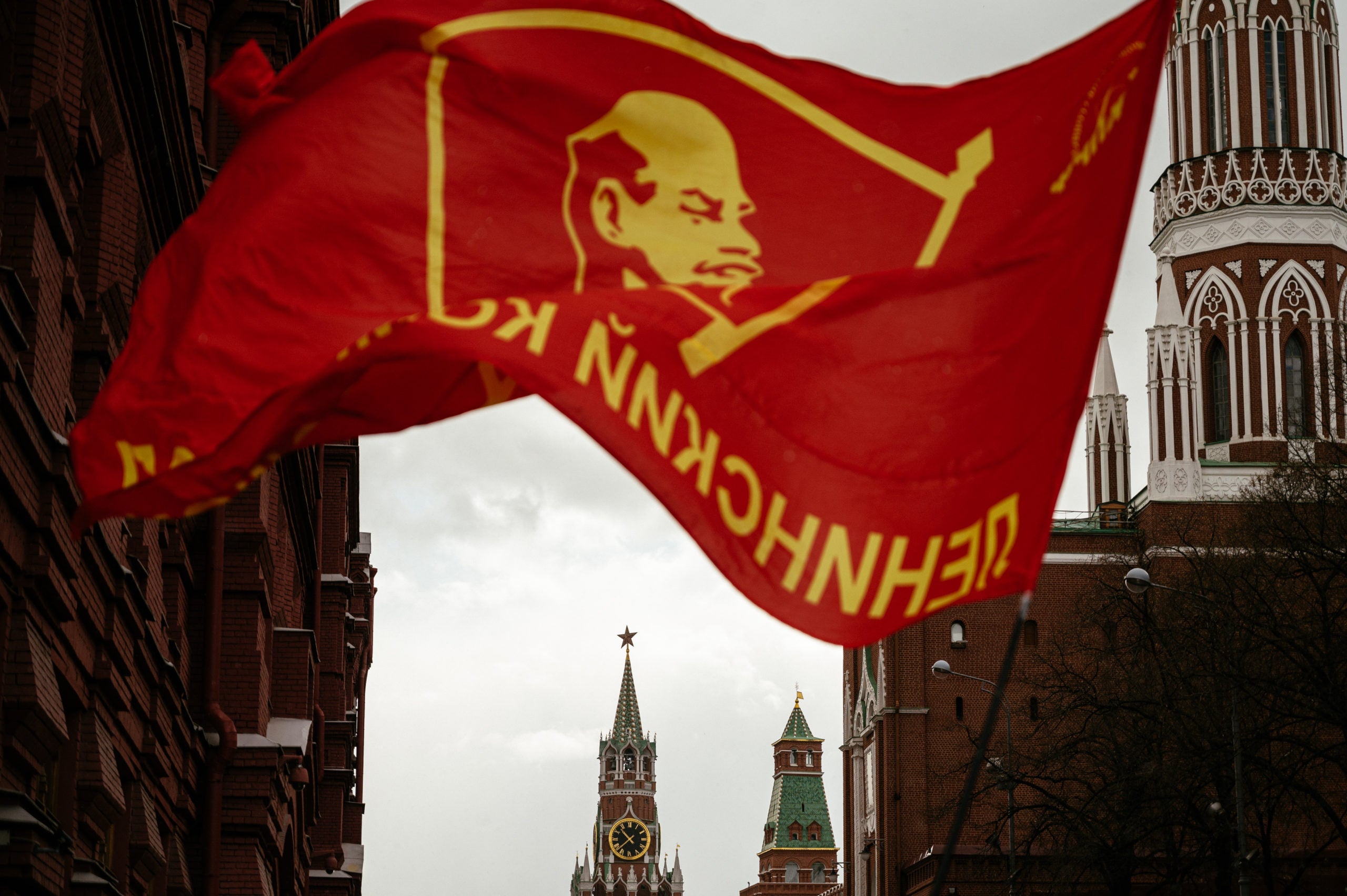 Russian Communist party members and supporters walk towards the Mausoleum of the Soviet state founder and revolutionary leader Vladimir Ilyich Ulyanov aka Lenin to hold a flower-laying ceremony marking the 150th anniversary of his birth on Red Square in Moscow on April 22, 2020, during a strict lockdown in Russia to stop the spread of the novel coronavirus COVID-19. (Photo by Dimitar DILKOFF / AFP)

FRANKFURT — While a global row rages over the controversial background of historical figures immortalized as statues, on Saturday a divisive new monument to Soviet leader Lenin will be unveiled in Germany.

More than 30 years after the post-World War II communist experiment on German soil ended, the tiny Marxist-Leninist Party of Germany (MLPD) will install Lenin’s likeness in the western city of Gelsenkirchen.

The MLPD says it is the first such statue ever to be erected on the territory of the former West Germany, decades after the eastern German Democratic Republic communist state and its deadly Berlin Wall and Stasi secret police collapsed.

“The time for monuments to racists, anti-Semites, fascists, anti-communists and other relics of the past has clearly passed,” said MLPD chair Gabi Fechtner in a statement.

By contrast, “Lenin was an ahead-of-his-time thinker of world-historical importance, an early fighter for freedom and democracy,” she argued.

Not everyone in Gelsenkirchen, a center of the former industrial and mining powerhouse Ruhr region, has welcomed the over two-meter (6.5 feet) likeness of the communist leader originally produced in former Czechoslovakia in 1957.

“Lenin stands for violence, repression, terrorism, and horrific human suffering,” representatives from mainstream parties on the district council in Gelsenkirchen-West said in a resolution passed in early March.

The council “will not tolerate such an anti-democratic symbol in its district,” it added, urging “all legal means” be used to block its installation.

But later in March, the upper state court in Muenster rejected an attempt to stop the statue that it argued would impact a historic building on the same site.

The MLPD has trumpeted interest from as far away as Russia and is celebrating the unveiling with sausages and cake — while urging guests to maintain social distancing and wear nose and mouth coverings against coronavirus infection.

The worldwide Black Lives Matter movement following the death of African-American George Floyd at the hands of police in Minneapolis on May 25 has found some echo in Germany.

The “Iron Chancellor” behind Germany’s unification in 1871 is also known for hosting the Berlin Conference of 1884, which became a byword for the carving up of Africa between European colonial powers.

Berlin itself has been a hub of activism against commemorations in public space of colonialists, with much ire directed at street names honoring 19th-Century figures in the so-called “African Quarter”.

But political decisions to rename roads named after figures like Adolf Luederitz, a merchant who played a key role in colonizing Namibia, or Carl Peters, a colonialist behind German expansion in eastern Africa, have met with resistance from locals.

In decades of experience addressing the country’s Nazi and communist pasts, “things have always been done properly, it all seems very German” with official applications to local authorities and orderly dismantling of monuments, said Urte Evert, head of Berlin’s Spandau Citadel museum where many old statues are on display.

“We haven’t made so much progress with colonialism, something the USA, Britain, and France too have been confronting for much longer,” Evert added.

While the United States, Britain, and Belgium have seen statues of Christopher Columbus, slave trader Edward Colston and King Leopold II, brutal ruler of the Congo, attacked or removed, in Germany, only a handful of monuments have been splattered by paint.

For Evert, how these public objects are presented to the public could be a way for the country to reckon with its less glorious past.

Statues that are “overturned or provided with a plaque (to explain its past) can make it possible for a debate to take place in a public space.”