At least four officials of Philippine Health Insurance Corp. (PhilHealth) were promoted less than a year after being implicated in the WellMed dialysis scam, according to a document obtained by the Inquirer on Friday.

Based on PhilHealth Corporate Memorandum No. 2020-0037, Cheryl Peña, Dr. Rizza Majella Herrera, Dr. Bernadette Lico and lawyer Recto Panti were promoted to department manager III on May 18. Their promotion, along with four other officials, was approved by the state insurance firm’s board of directors on May 14.

The National Bureau of Investigation filed a criminal complaint in August last year against Herrera in the Department of Justice and the three others who were among the 21 personnel of PhilHealth’s National Capital Region (NCR) office’s accreditation subcommittee, who accredited WellMed Dialysis and Laboratory Center despite findings that the clinic defrauded the state insurer by filing claims for dead patients.

The NBI accused them of violating the Anti-Graft and Corrupt Practices Act, National Health Insurance Act, and the Code of Conduct and Ethical Standards for Public Officials and Employees. 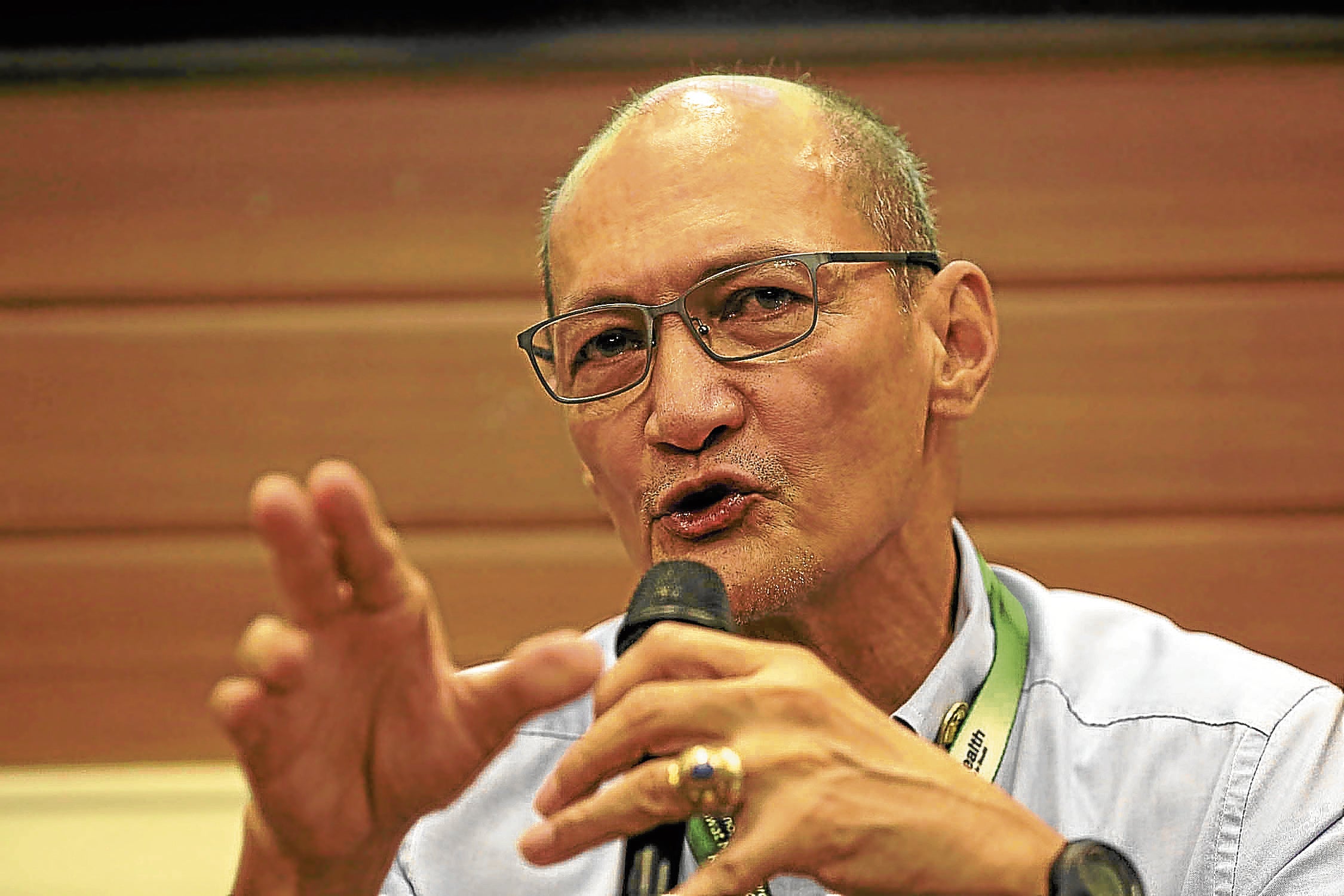 Presidential spokesperson Harry Roque, who has recently criticized PhilHealth president and CEO Ricardo Morales for not keeping a promise to crackdown on corruption in the state insurance company, was taken aback by the promotions.

“That’s strange, since being impleaded in a criminal case should warrant preventive suspension at the very least from management,” he said.

Sought for comment, Morales told the Inquirer that the promotion of the four has “no bearing on their cases.”

“[I]f unresolved, eligibility [is] unaffected. But will still drill down on that,” Morales said in a text message.

The PhilHealth chief explained that an employee could not be barred from promotion even if he had a pending administrative or criminal case “in any admin[istrative] body or court.”

“If found guilty of [a] criminal case involving moral turpitude, that is the time one can be dismissed from the service,” he said.

Morales sent the Inquirer an excerpt of the Civil Service Commission’s 2017 Omnibus Rules on Appointments and Other Human Resource Actions.

Section 11 of the rules said “the pendency of an administrative case against any employee shall not be a bar to promotion.”

In a three-part investigative report in June last year, the Inquirer detailed how some hospitals, clinics and dialysis centers may have defrauded the state insurance company.

In the case of the Quezon City-based WellMed, its former employees alleged that they were able to defraud PhilHealth of some P800,000 by filing claims for dead patients.

PhilHealth sources told the Inquirer that the fraud and overpayments due to the nonreview of the company’s all case rate mechanism may have cost it an estimated loss of P154 billion since 2013.

After taking office later that month, Morales vowed to uncover corruption in the state insurer and make those behind it accountable. He asked the Commission on Audit (COA) to look into the funds that the PhilHealth supposedly lost due to fraud.

“As culled from the audited financial statements of PhilHealth for five years, specifically the statement of comprehensive income, nowhere can be found nor can be derived the purported losses in an aggregate amount of P154 billion,” Aguinaldo said in his letter, a copy of which was sent by Morales to the Inquirer on Friday.

“It was only in 2017 that PhilHealth incurred a net loss in the amount of P4.75 billion, which is about 3 percent of the total alleged losses,” Aguinaldo added.

PhilHealth officials who spoke to the Inquirer last year said that of the P154 billion alleged “losses,” P102.5 billion was due to overpayment. Another P51.2 billion was supposedly lost to fraud based on the global estimate of a 10-percent loss as a result of health-care insurance scams, they said.

They came up with the amount using COA’s 2014 audit observation memorandum for Northern Mindanao, which found that PhilHealth overpaid in 20 percent of all cases it processed.

Based on PhilHealth’s 2013 to 2018 data, Sen. Panfilo Lacson said in his privilege speech last year that “overpayments on pneumonia cases can balloon from a low of 387 percent to a high of 2,508 percent in government hospitals.”

PhilHealth earlier said it was wrong to equate the supposed overpayments as the amount lost to fraud since its payment mechanism was working under the principle of “efficiency gains.” This means that in some cases, the company pays a lower rate to hospitals than what was actually billed to patients.

“They can call it any name—fancy or otherwise—common sense will tell us these are not ‘efficiency gains’ but flagrant pillage of public monies as well as hard-earned contributions from the more than 18 million paying members,” Lacson said in his speech on July 29 last year.

“Overpayments are monies that invite fraud and corruption: No one keeps track [of] where it goes, which health programs it funds, which PhilHealth members it benefits,” he added.

Roque on Friday pressed his criticism of Morales over alleged corruption at PhilHealth, telling the retired Army general to reflect on his service to the country.

“This is not about me being the presidential spokesperson. This is about President Duterte’s appointing Mr. Morales to fix the organization and eliminate corruption,” he said.

He reminded Morales of his earlier promise to renew the public’s trust in PhilHealth amid last year’s ghost dialysis scam.

“I enjoin Cavalier Morales to engage in self-examination whether he has made our people trust PhilHealth, and whether his continued service in the agency would be a service to this nation which we both love so dearly, or whether his talents can be better utilized elsewhere,” Roque said.

In an interview with ABS-CBN News Channel on Friday, Morales said he had no problem being replaced as PhilHealth president but reminded Roque that he was not the President.

The day before, Roque said PhilHealth’s officials must implement universal health care because it was the law instead of delaying its implementation.

He also told Morales he had the obligation and duty to carry out administrative investigations of erring officials, even if cases are already pending before other bodies. —WITH A REPORT FROM JULIE M. AURELIO