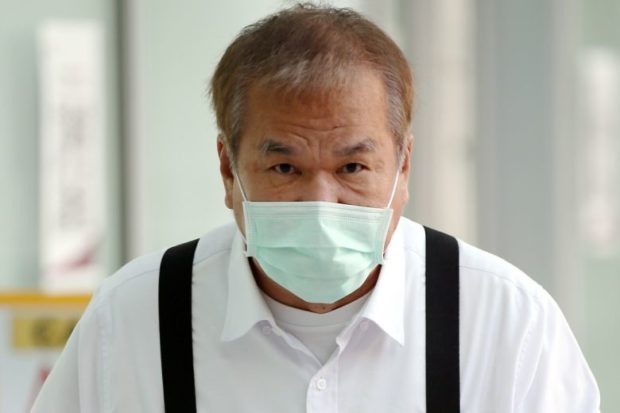 Willet Ong Tat Kee was also fined $1,000 for running a massage establishment at his home without a valid licence.ST PHOTO: WONG KWAI CHOW

SINGAPORE — A massage therapist who molested a female client by touching her intimate parts, claiming that it could prevent breast and cervical cancers, was sentenced on Thursday (June 18) to 22 months’ jail.

Willet Ong Tat Kee, 67, was also fined $1,000 for running a massage establishment at his home without a valid license.

Its location was redacted from court documents The Straits Times received.

Ong had claimed to have developed his own therapy after about 40 years of “research” into the traditional Chinese therapeutic massage.

But when a 32-year-old woman sought his help with her chronic back pain, he molested her on four separate occasions in 2016.

The victim, who cannot be named due to a gag order, sensed that something was amiss only on her final visit on Nov 30 that year, when Ong touched her genitals.

In their submissions, Deputy Public Prosecutors Goh Yi Ling and Mark Yeo said the woman first got to know of Ong through her “master” at a temple she attended.

Details about the temple were not disclosed in court documents.

The court that she had earlier sought treatment from various ‘tui na’ practitioners in Singapore and Malaysia for her back pain but it persisted.

The woman decided to contact Ong after her master claimed that the massage therapist “could save her”.

She went to Ong’s home for the first time in July 2016. He then told her to change into a tube top and pair of shorts which he provided.

During the trial, the woman testified that Ong massaged her entire body. She told Judge Soh that Ong also pulled down the tube top and touched her breasts.

After that, the court heard that he pressed against her pubic bone. The woman said that Ong had told her that he did so to “prevent” breast and cervical cancers.

After the session, she paid him and left the premises. She returned three more times after that.

The DPPs stated in their submissions: “After the fourth treatment session, the victim felt angry with the accused, as she felt that touching her urethra had nothing to do with treating her back pain.

“Immediately after leaving the accused’s home, the victim called her husband and told him what had happened.”

She alerted the police soon after.

Ong, who is not listed on the online registry for TCM practitioners, had earlier claimed that his therapy was more advanced than the usual TCM procedures.

He did not dispute that he might have touched the woman’s breasts and pubic bone area while massaging her.

The court heard that the central dispute for the case was whether he had intentionally touched those parts.

The DPPs stated in their submissions: “The answer to this question is undoubtedly ‘yes’.”

Ong, who was represented by lawyer T. M. Sinnadurai during the trial, intends to appeal against his conviction and sentence. His bail was set at $10,000.

For each count of molestation, offenders can be jailed for up to two years and fined or caned. Ong cannot be caned, as he is over 50 years old.