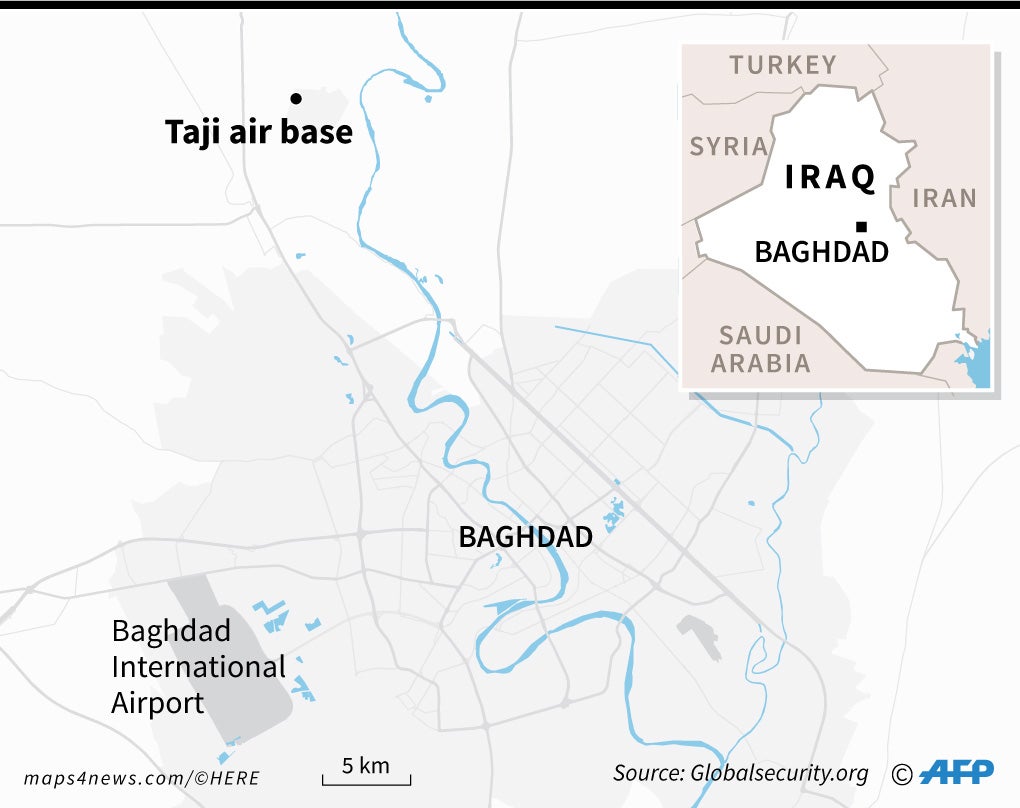 AFP journalists heard at least three explosions, followed by the sound of sirens in the Green Zone.

There were no immediate reports of casualties or damage.

Like previous attacks, there was no claim of responsibility.

Since October, at least 32 attacks have targeted American interests in Iraq that the US has blamed on Iran-backed factions among Iraq’s security forces.

It was the second rocket attack near the U.S. embassy since June 8 while other attacks have targeted Baghdad airport, where US troops are stationed, and a base north of the capital.

Tensions between Washington and Tehran reached a boiling point in January when the US killed Iranian general Qasem Soleimani and Iraqi commander Abu Mahdi al-Muhandis in a drone strike in Baghdad.

Since then, Iraq has a new, US-friendly prime minister and there had been a lull in rocket attacks in recent months.

The resumption of attacks after weeks of calm coincides with the launch on June 11 of a strategic dialogue between Washington and Baghdad that aims to better define their military, economic and cultural relationship, although experts do not expect great results.

As part of the talks, Washington has already pledged to continue reducing in-country troop levels, which numbered about 5,200 last year.

In response to the U.S. drone attack, Baghdad’s parliament voted to expel all foreign soldiers from Iraqi territory, but the decision was never implemented.