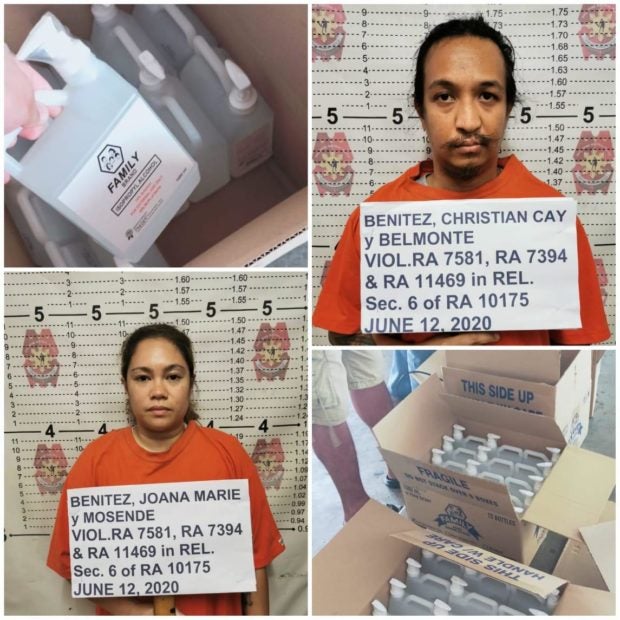 This photo provided by the Philippine National Police shows the suspects arrested during an entrapment operation in Laguna province and the allegedly overpriced alcohol they are selling online. Photo from PNP

The Philippine National Police Anti-Cybercrime Group (PNP-ACG) identified the suspects as Christian Benitez and Joana Marie Benitez. They were apprehended last week in an entrapment operation at a mall parking area, a police report revealed Tuesday.

A tip of a concerned citizen, who said the couple was allegedly trading overpriced disinfectant alcohol online, prompted PNP-ACG to launch an operation via cyberpatrolling and online investigation for a case build-up. Eventually, authorities hatched a plan to snare the suspects.

Seized from the suspects after the entrapment operation were 58 containers of isopropyl alcohol sold by the suspects at P230 per liter, which, the police said is overpriced by over P90 based on the memorandum of the Department of Health.