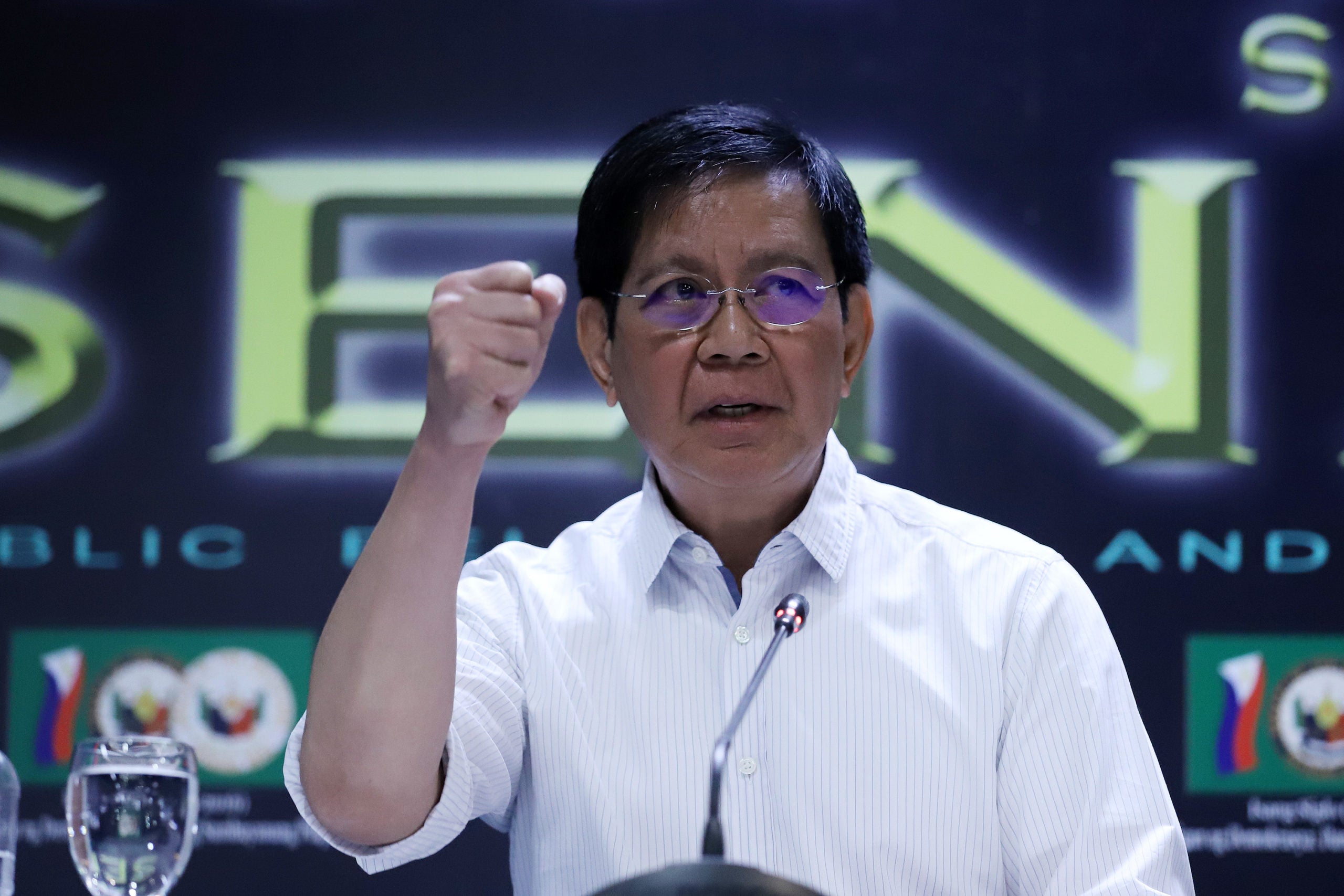 MANILA, Philippines — Senator Panfilo Lacson on Sunday vowed that he will join street protests if the implementation of the anti-terrorism bill will be abused once the measure becomes a law.

“The Anti-Terrorism Bill is the wrong tree to bark at. I vow to join those who are concerned, genuinely or otherwise, about the proposed law’s implementation to be as vigilant in monitoring each and every wrongful implementation by our security forces, even to the point of joining them in street protests, just like what I did before during the time of former President Gloria Macapagal-Arroyo,” Lacson, one of the principal authors of the controversial bill in the Senate, said in a statement.

This comes as after a surge of protests condemning the passage of the anti-terror bill. In the University of the Philippines Diliman alone, hundreds of protesters held a “grand mañanita program” to call for junking of the controversial measure.

Lacson also promised critics that he would be the first one to call for an investigation into the abuses including those who would abuse the law.

“I assure them that I will be the first to stand on the Senate floor and call out those responsible for abuse at the top of my voice in privilege speeches and Senate inquiries, if and when it comes to that, as I have done so before and during this current administration,” the senator said.

Lacson even cited how the Senate investigated police officers behind the killing of Kian de los Santos in 2017.

“Regarding the abuses, we’ve seen them, we’ve investigated them. The cops responsible for the murder of Kian de los Santos were convicted, largely because of our Senate inquiries. We need a tough anti-terror law but with tougher safeguards to fight and defeat both,” he added.