Iraqi army says 2 rockets hit base near Baghdad, no losses

BAGHDAD — Two rockets hit an Iraqi base frequented by U.S. troops north of Baghdad late Saturday without causing any casualties, Iraq’s military said, the third such attack this month and just days after Washington and Baghdad launched strategic talks. 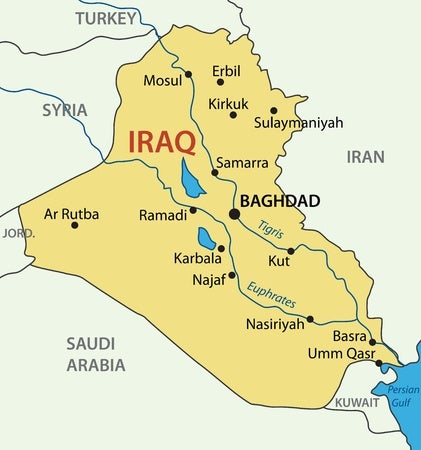 The Katyusha rockets struck Camp Taji and caused minor damage but no injuries, according to the Iraqi military statement. In March, two Americans and one British soldier were killed following a barrage of rockets on Camp Taji, which has been used as a training base for a number of years.

The first session of the much-anticipated strategic talks between the U.S. and Iraq began Thursday, and is to lay the agenda for the months ahead, including the presence of U.S. troops in the country, Iran-backed militia groups acting outside of the state and Iraq’s dire economic crisis.

U.S. Assistant Secretary of State David Schenker, in comments to reporters in Washington following the session, said Iraq had committed to “moving ahead and undertaking their obligations,” with regards to militia attacks targeting the American presence.

Saturday’s attack appears to have been a test of this commitment. A statement from Iraq’s joint operations command following the attack said orders had been given to launch an investigation “to reveal these entities that, despite our warnings to them, seek to weaken Iraq.”

A day before the talks began, a rocket landed a few hundred meters (yards) from the U.S. Embassy in Baghdad’s fortified Green Zone.

Another rocket attack on Tuesday struck the periphery of Baghdad’s airport, which includes a military base used by U.S. troops. There were no reported casualties or damage.

The U.S. has accused Iran-backed militias of carrying out such attacks in the past. Several attacks targeted U.S. interests early in March, including three military bases known to house U.S. troops. The U.S.-led coalition has withdrawn from several bases across Iraq in a planned drawdown.

TAGS: base, Iraq, Iraqi, Rockets, US